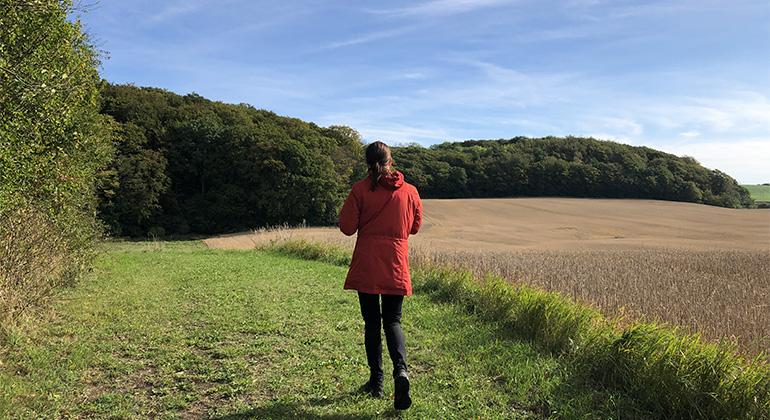 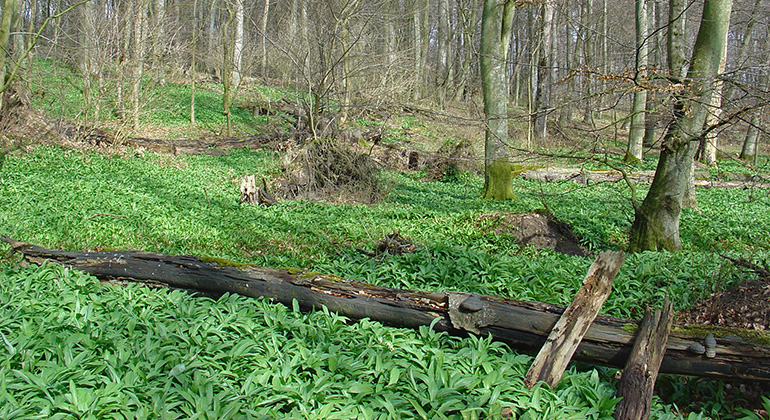 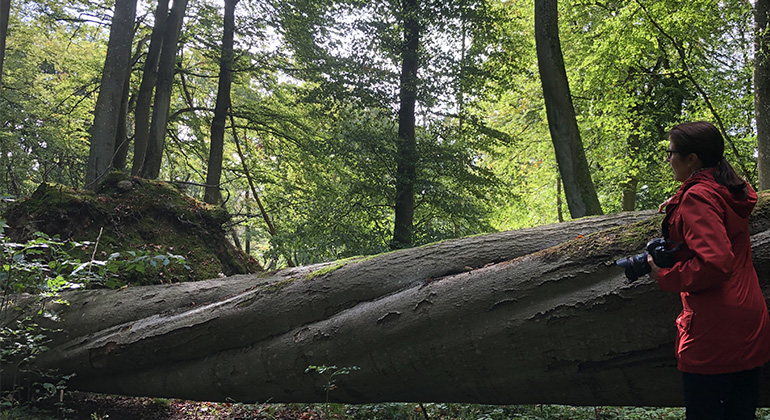 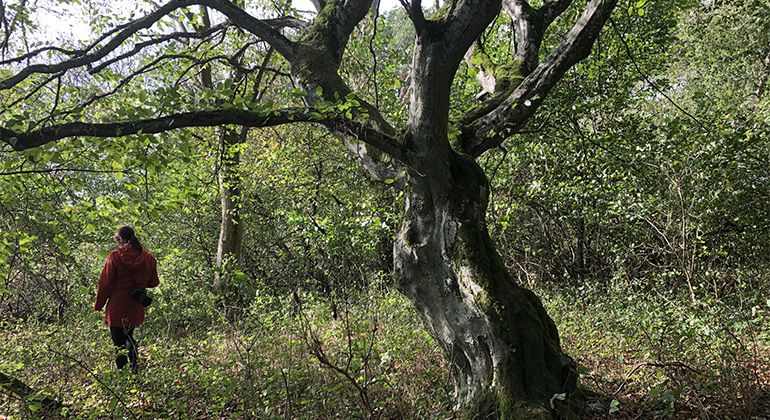 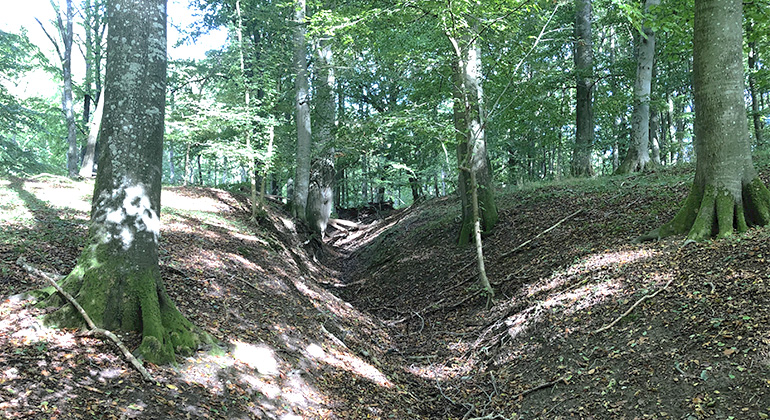 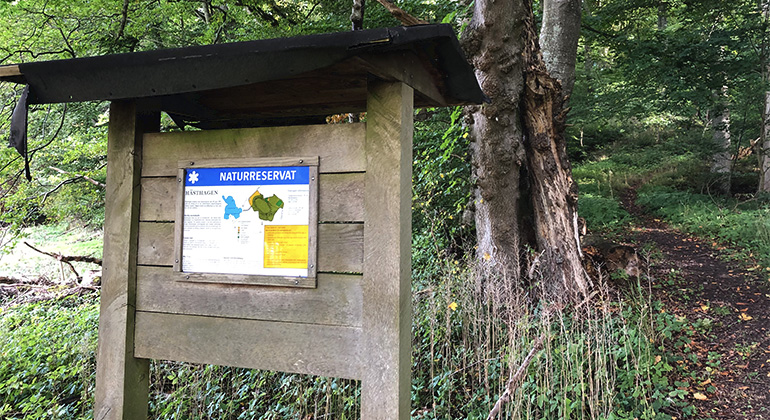 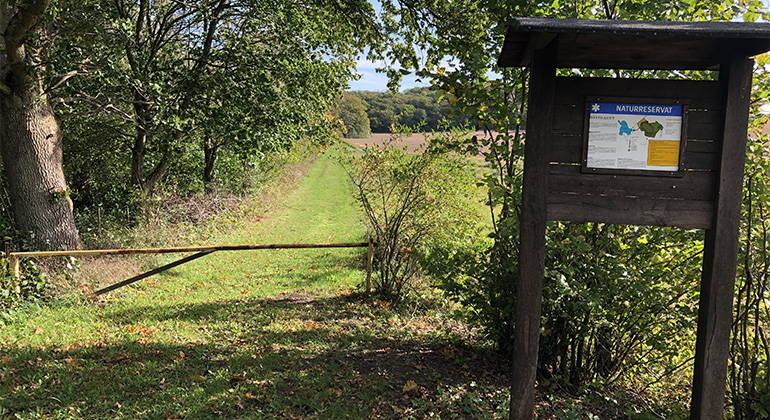 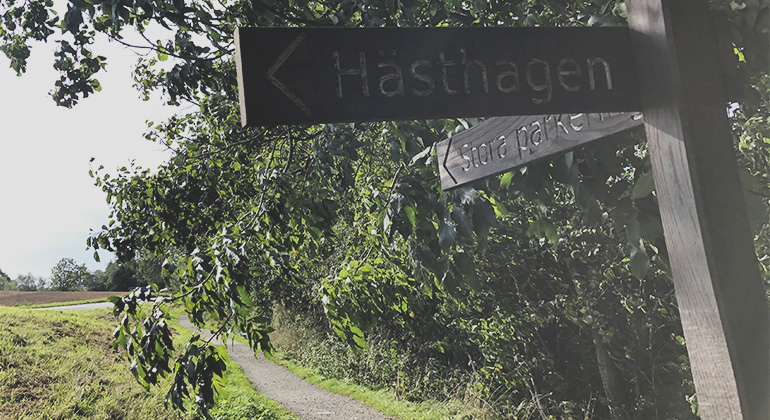 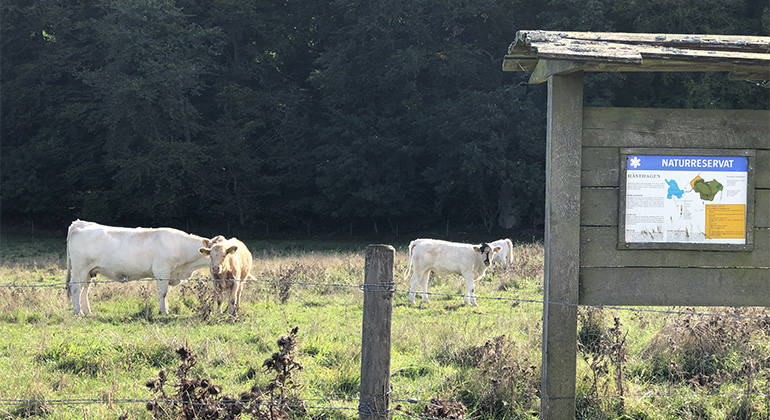 Just to the south of Svaneholm Castle, a tree-covered hill juts out from the open pasture. This was previously the estate's horse paddock, but has now been transformed into one of the country's finest meadow beach woodlands. Stately beech trees create a magnificent pillared hall, the floor of which is covered with White Anemones and Woodruff in spring.

A Pillared Hall with Shimmering Light

The hill is dominated by trees that are hundreds of years old. They are predominantly beech, but there is also elm, European Hornbeam, oak and ash. At the top of the hill there is a beautiful pillared hall of beech trees. When the leaves emerge at the end of April or beginning of May, it shimmers with light green light and spring flowers sparkle on the ground.

However, the southern slope with trees of varying ages is more valuable from a biological point of view. Here there is also more dead wood. Out towards the open land there are ancient, wide-crowned trees that extend themselves towards the light.

Hästhagen contains a fantastic flora in spring, with large carpets of White Anemones and Wild Garlic, as well as Holewort and Woodruff. An inventory was taken in 1984–85 which recorded more than 260 different species of plants in the nature reserve, among them Broad-Leaved Helleborine and rare woodland grasses.

The area is a popular destination for people who live in Skurup. For many decades, they have cycled out to Hästhagen to have a breakfast picnic while listening to the dawn chorus of birds and to enjoy the spring flowers.

Hästhagen is close to Svaneholm Castle which is most well-known as having been owned by Rutger MacLean. He implemented the revolutionary agricultural reform, called enskiftet in Swedish, on his estate in the 1780s and this had an impact on the entire structure of villages in Sweden. By moving the farmers out to their own independent farms, the old villages were divided up and a new pattern of settlement appeared.

The nature reserve lies in an area that has belonged to Svaneholm Castle for a long time and as long ago as the 18th century there was a wooded area that was utilised as summer pasture by the farm's animals.

Days Out in the Reserve's Surroundings

The nature reserve and the castle are surrounded by rolling hills with broad-leaved woodland, pasture and ponds. The narrow, winding tarmac roads north of Hästhagen Nature Reserve and Svaneholm that head towards the Häckeberga area are great for a cycling.

Starting out from Svaneholm, you can walk around the lake on one of the several marked trails that start at the car park. One of Skåne's natural monuments lies between the lake and the nature reserve, close to the trail around the lake. This is a form of protection that is used to protect individual giant trees or blocks of stone. The natural monument here by the roadside is an enormous oak. 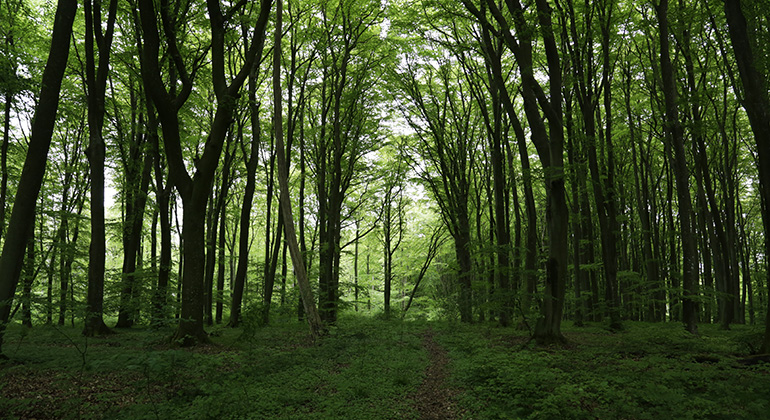 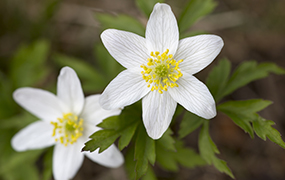