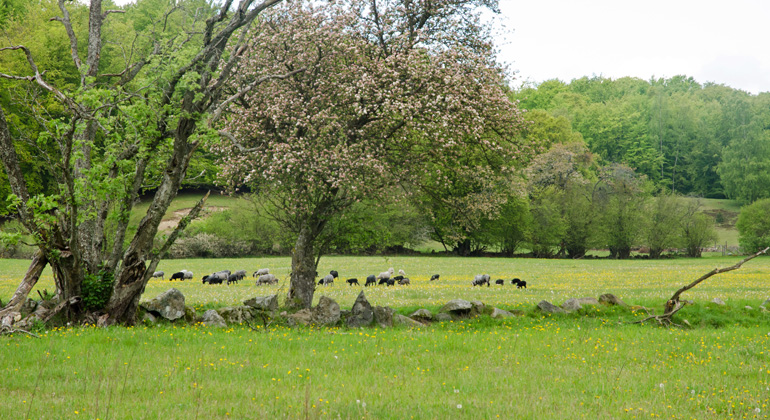 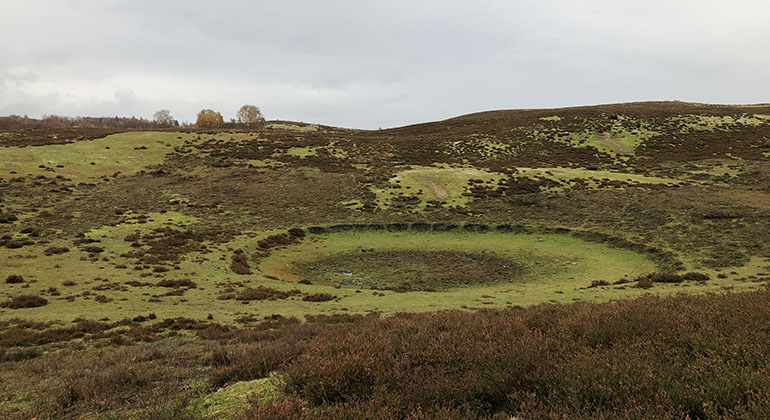 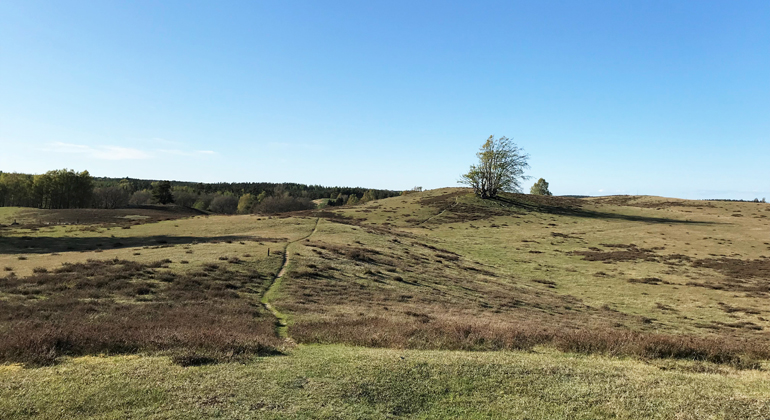 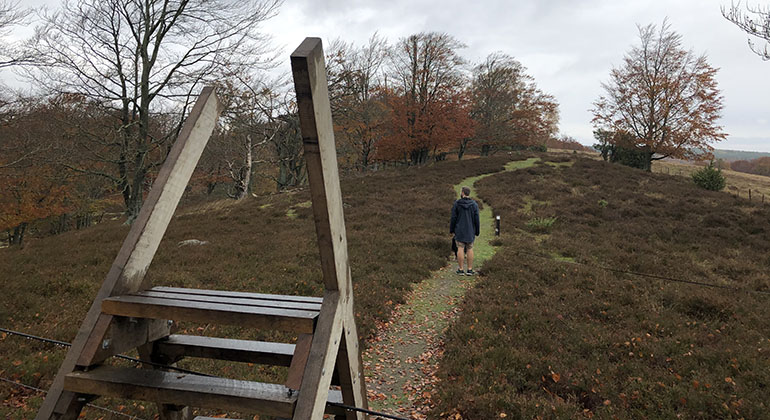 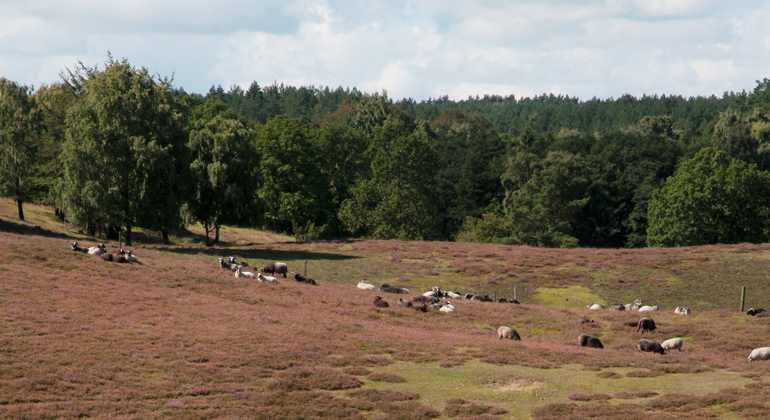 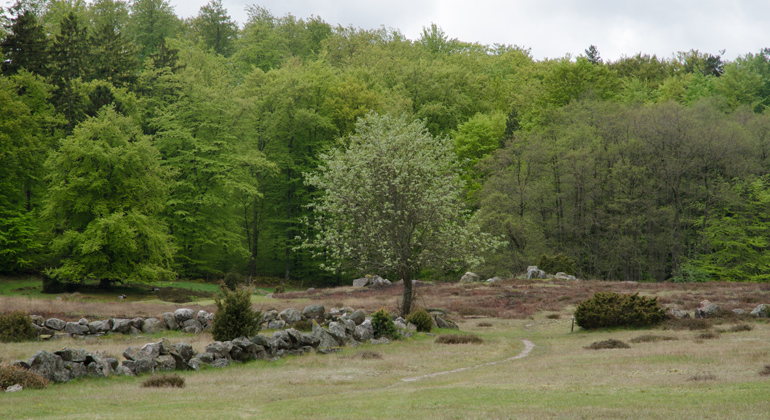 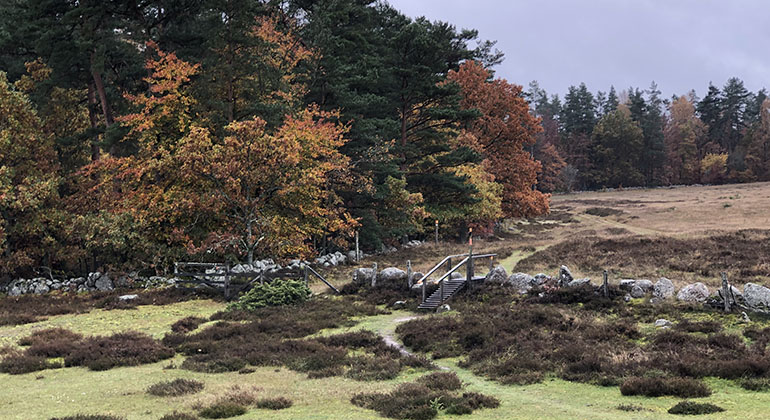 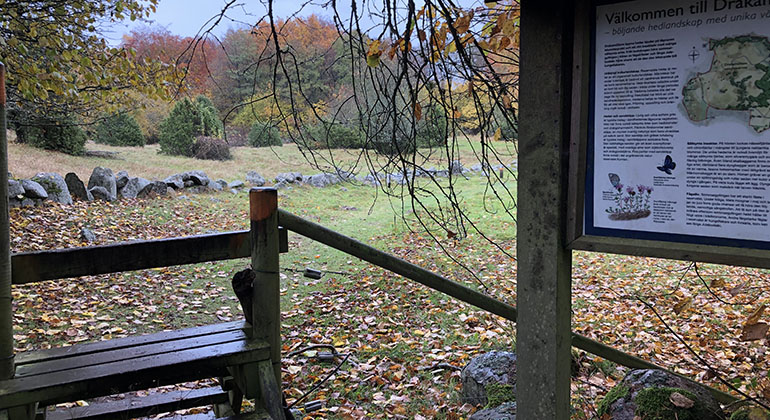 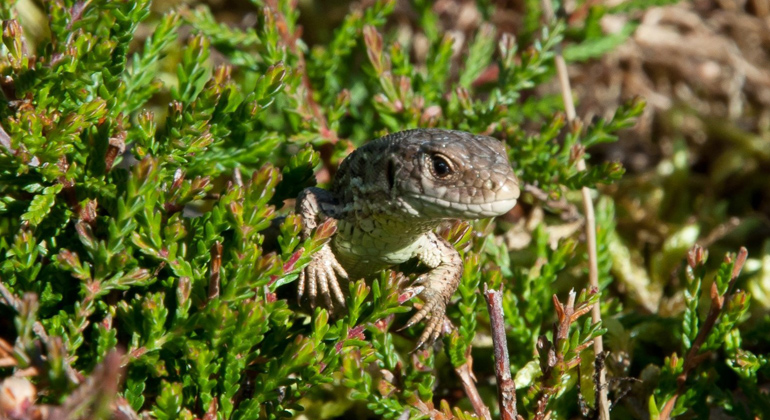 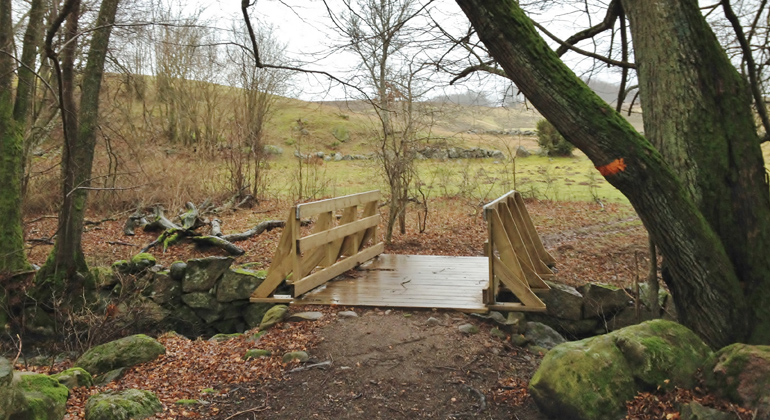 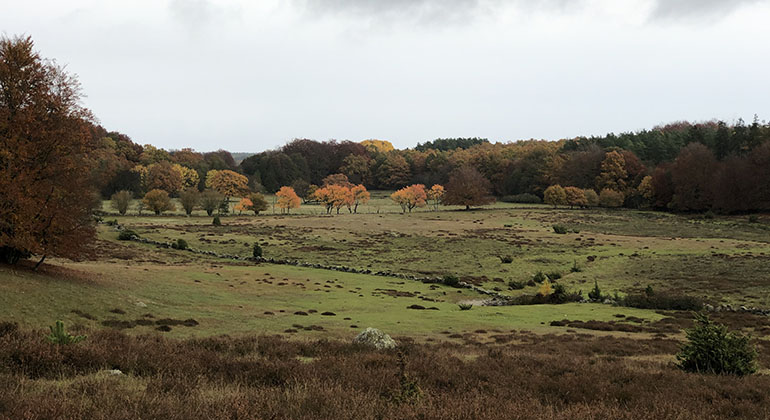 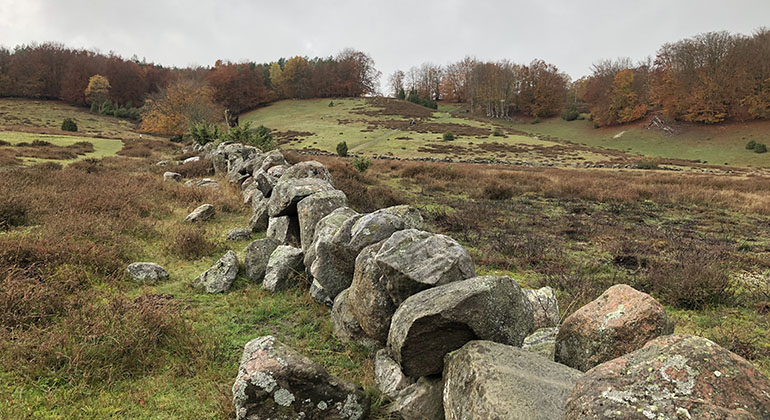 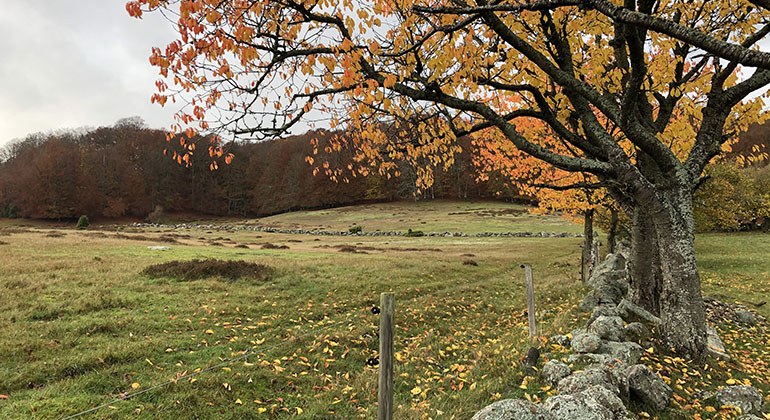 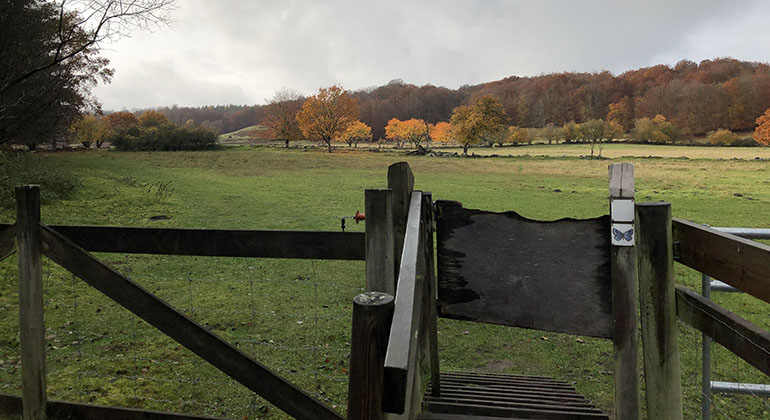 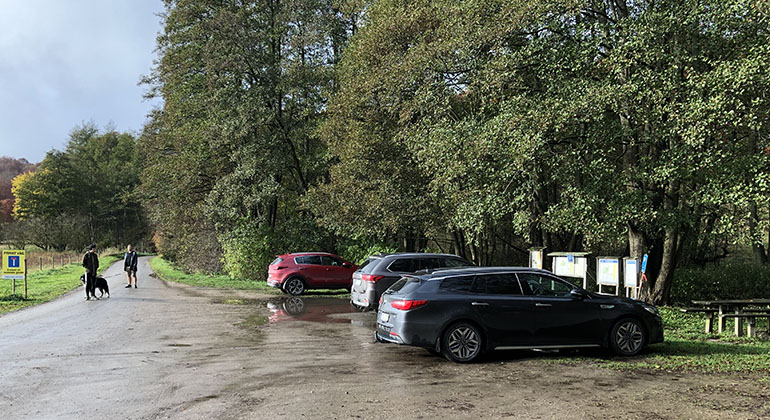 Drakamöllan and the adjoining reserve Kumlan is a fabulous landscape with expansive grass heaths, unique sandy grassland habitats and groves of lush beech woodlands. An archaic system of cultivation, involving long periods of fallowness, has created a unique natural environment with a very special flora in this place. Sweet-scented St. Bernard's Lily bloom on the hillsides, and in late summer the heath is radiant with purple heather flowers.

The gently rolling sandy hills were created when the inland ice sheet melted away. People learned early on how to utilise the easily-worked soil for cultivation. And when the trees were cut down in order to keep the alum works in Andrarum alive, the area became even more open.

But the soil is not sufficiently rich in nutrients to permit gowning each year. Instead, shifting cultivation was introduced, which involved allowing the area to lie fallow after a couple of years of rye and buckwheat cultivation. Sometimes these fallow periods would last up to 10–20 years, during which the area was used as pasture.

The result was an environment rich in species, where plants, fungi and animals that thrive in the mosaic of open exposed areas of sand and flowering vegetation have been given the space to live. Nectar-filled blossoms attract butterflies, among them the rare large blue. A section of the heath is burned each year to prevent the heather growing too high and taking over the open grass heaths.

Sand and Warmth Give Life

The sandy ground has its own specific species; St. Bernard's lily, sand lizards and mining bees are those that thrive in Drakamöllan and Kumlan. Dung beetles such as the horned dung beetle are also sand-lovers, but require there to be grazing animals on the land. Dung beetles utilise dung as food and bury it down in passageways under the dung.

On lime-rich sections of Drakamöllan and the adjoining reserve, Kumlan, you'll find the unique sandy grassland habitat, which consists of dry, treeless ground on lime-rich sandy soil. Blue Hair Grass, St. Bernard's Lily and Sand Cat's-Tailgrow here. However, if the ground is not disturbed, the lime leeches from the soil and these species vanish.

Land of the Golden Oriole

There is a good chance of catching sight of a Golden Oriole at Drakamöllan. This yellow and black bird feels almost too exotic for our latitudes. Unfortunately they can be hard to see, so perhaps you'll just have to be satisfied with hearing their characteristic whistle. They are mainly found in the broad-leaved woodland areas and along the river. Other colorful birds you might encounter within the reserve are the kingfisher and the grey wagtail. 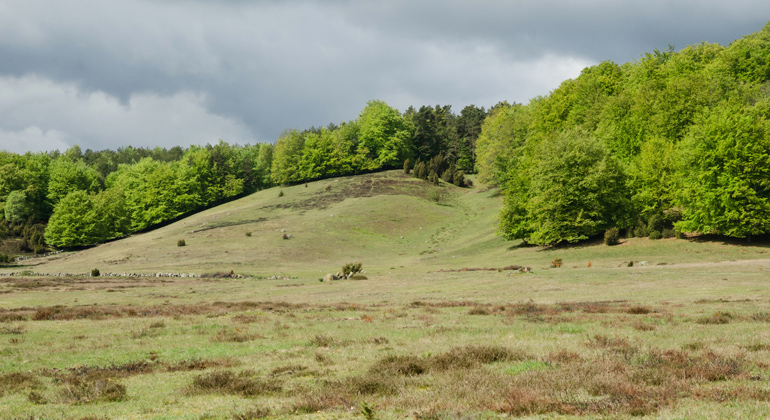 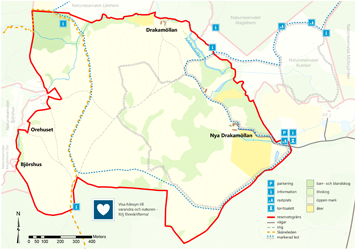 Information board in English