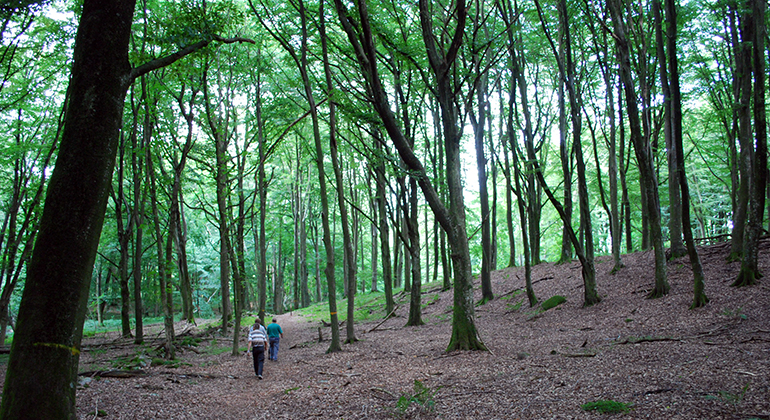 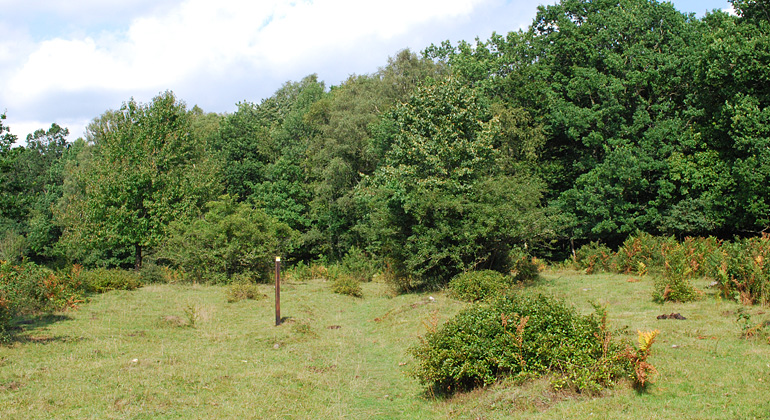 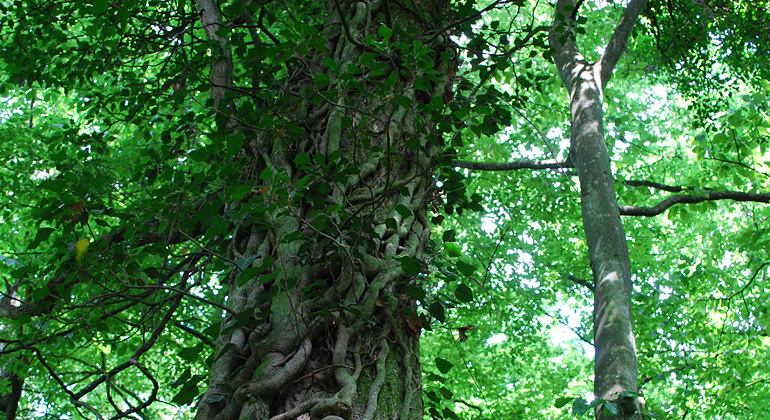 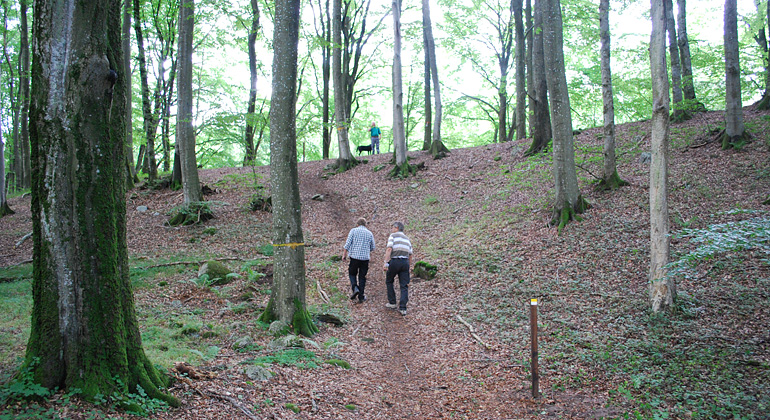 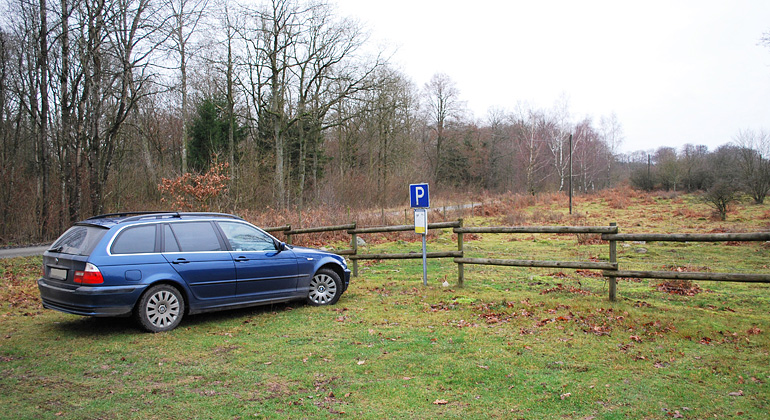 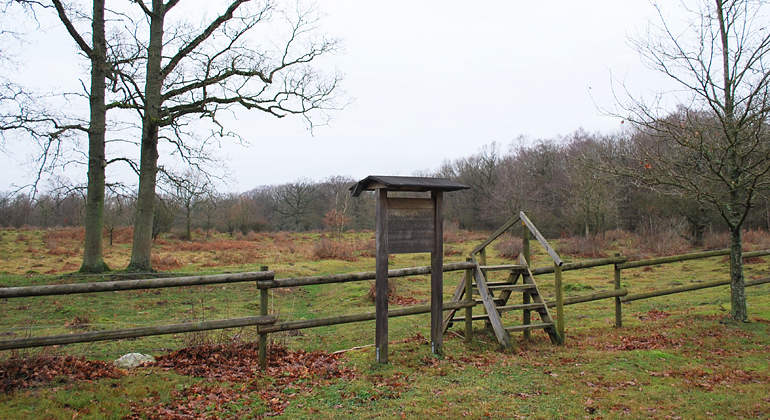 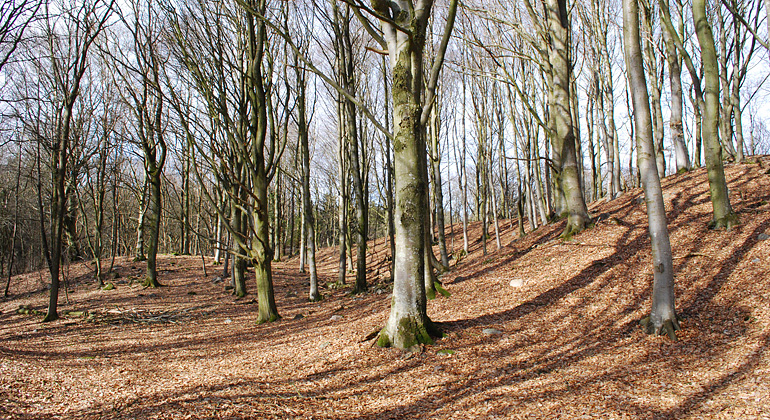 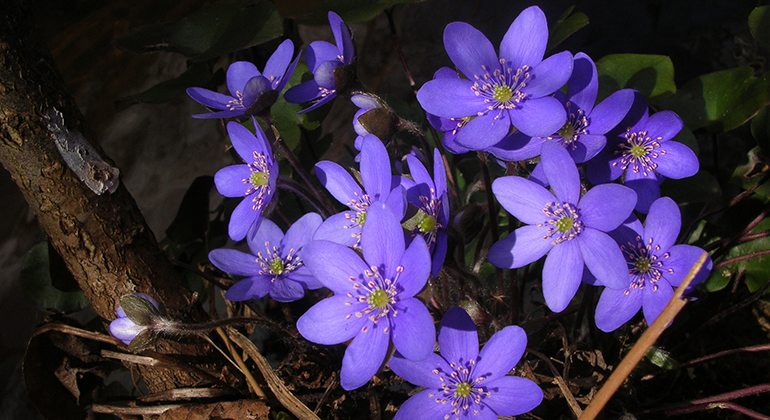 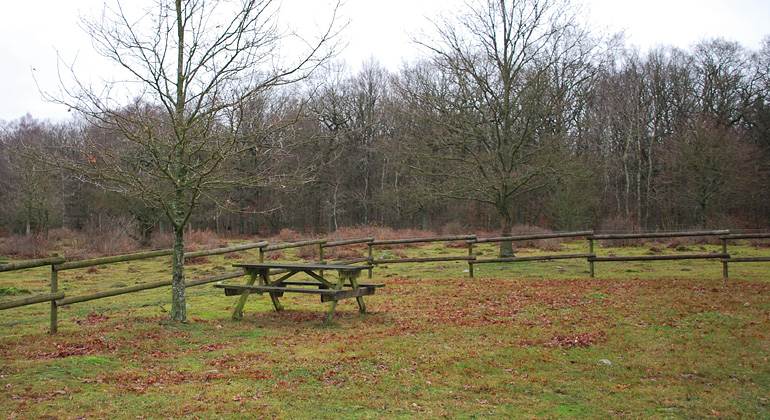 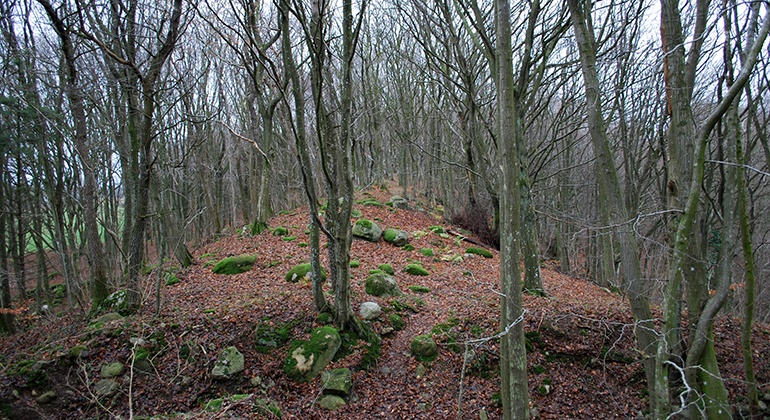 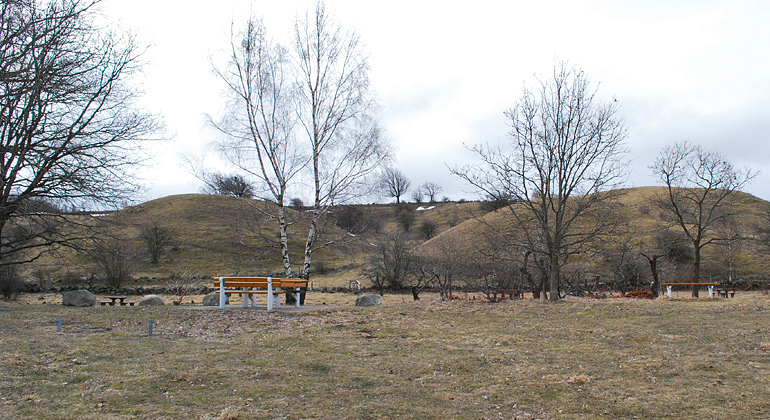 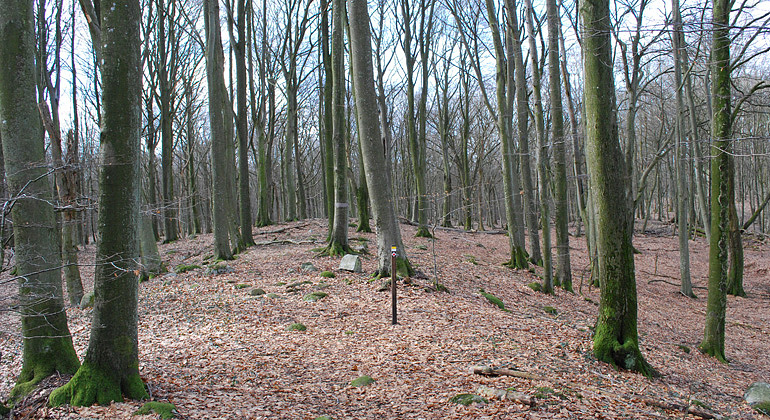 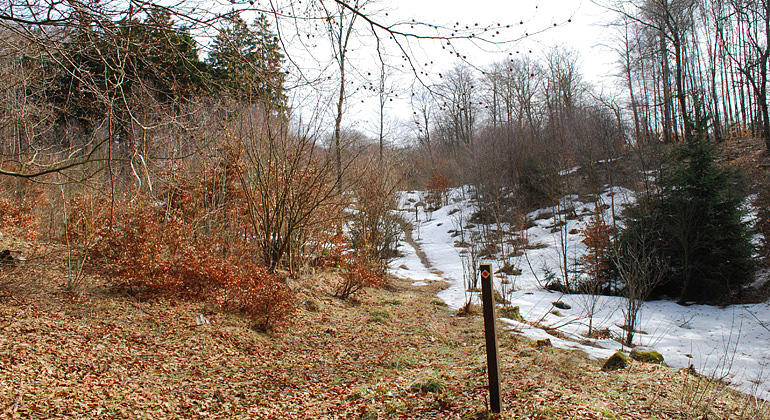 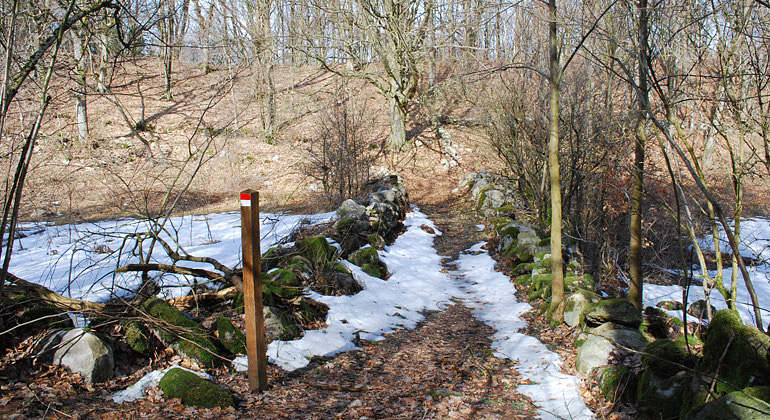 Tree-covered Listarumsåsen (Listarum Ridge) is a mighty esker that stretches out in the open plains landscape just north of Smedstorp. Once upon a time, the ridge was covered in open pasture with giant trees. Today, you can walk in a lush woodland filled with bird-songs.

The eskers in this area were formed by the rivers of melt-water that ran through Skåne when the inland ice sheet melted away. In the 19th century this area was home to Djurabackarne – hills with open, bushy pastures and the occasional wide-crowned tree. Today, the ridges are covered in trees and only small areas of pasture and wet carr remain dotted amongst the woodlands.

A Woodland in Transformation

The woodland that is hundreds of years old, which is dominated by oak and beech, has been allowed to grow freely. It has developed into a woodland area rich in variety, with a large number of bush and tree species. Here you'll find every one of Sweden's native broad-leaved trees.

The woodland will also continue to have the opportunity to develop at its own pace, with trees of varying ages. By retaining dying and dead trees, habitats are created for a large number of lichens, fungi and insects. Within the reserve there are woodlands of varying character, among these are wet birch carr and areas that are dominated by lime.

The Song and Floral Splendour of Spring

Listarum Nature Reserve is at its most beautiful in spring. The ground is covered with a rich spring flora of Liverwort, Yellow Star-of-Bethlehem, Fumewort and the special Lungwort. The woodland is filled with bird-song. The typical songbirds of the broad-leaved woodland such as Blackcap, Wood Warbler, Great Tit, Blue Tit and Nuthatch breed here. The Eurasian Jay comes to visit in autumn, on the hunt for huts and berries.

Listarum Nature Reserve was established in the 1970s in order to protect the ridges from gravel extraction. The reserve consists of three areas that lie within about three kilometres of Listarumsåsen. Because the ridge slopes from north to south, various microclimates are created with variations in temperature and humidity on either slope. This means that you can find interesting differences in the vegetation.

Walk Here on the Gårdslösaleden Trail

The trail that begins in Smedstorp is a 12 km long nature and cultural heritage walk, crossing through two of the areas that make up Listarumsåsen Nature Reserve. As a bonus you also get Ljungavången Nature Reserve, an area in which the rare, threatened common spadefoot toad spawns. 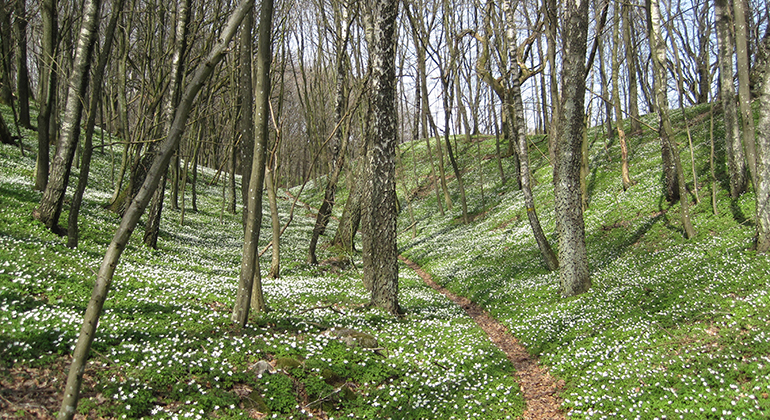 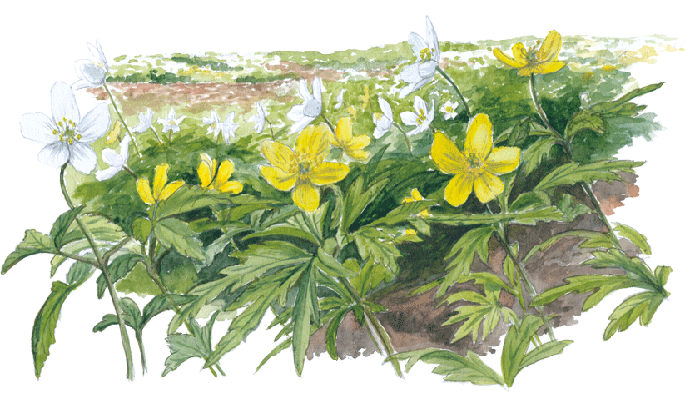