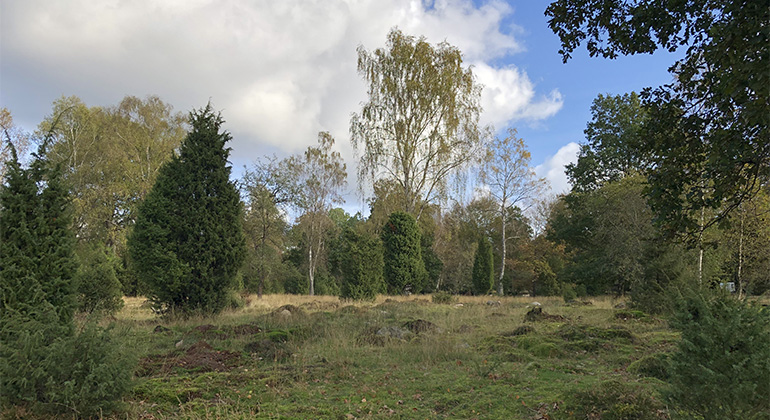 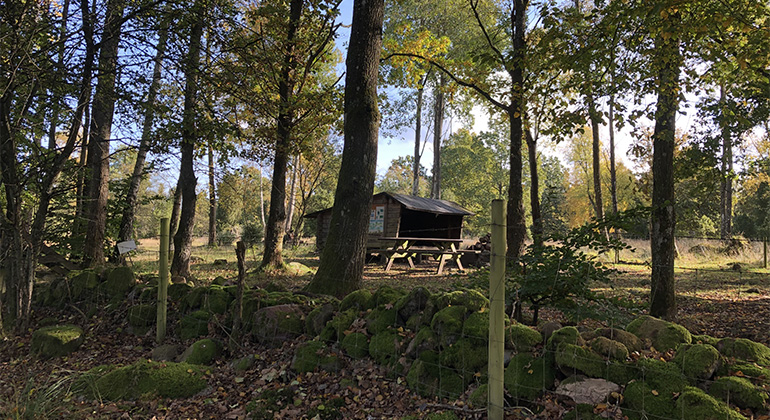 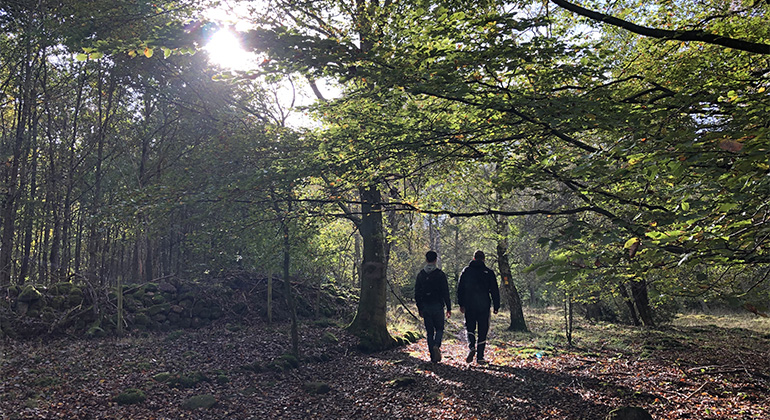 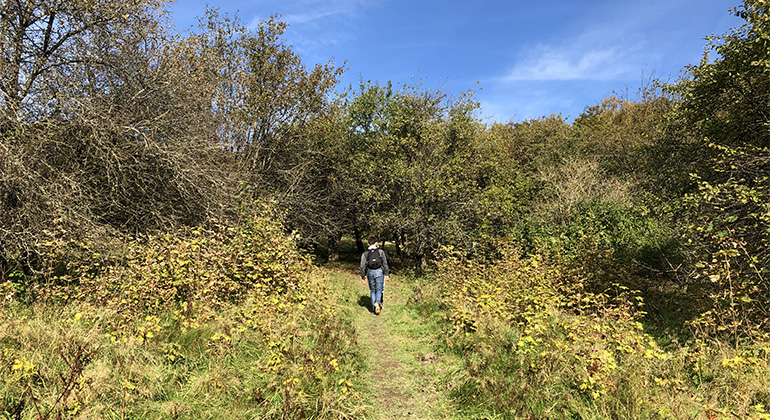 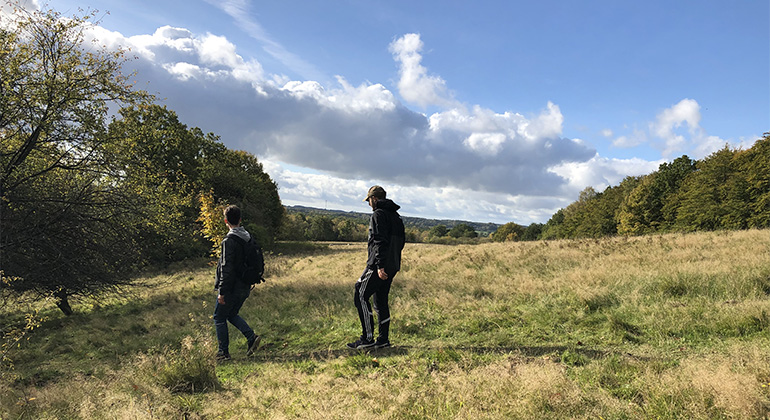 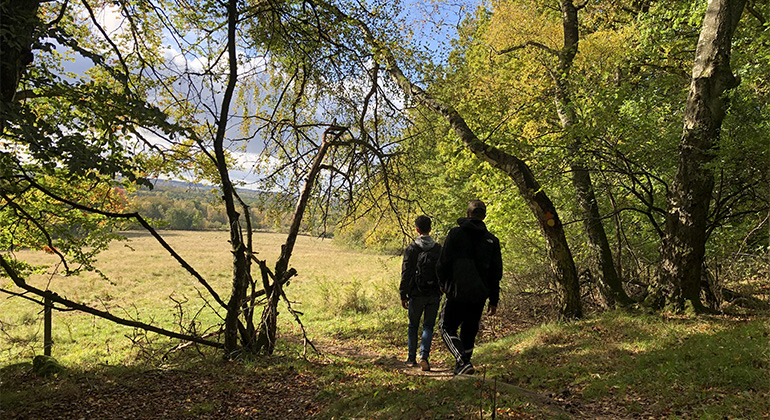 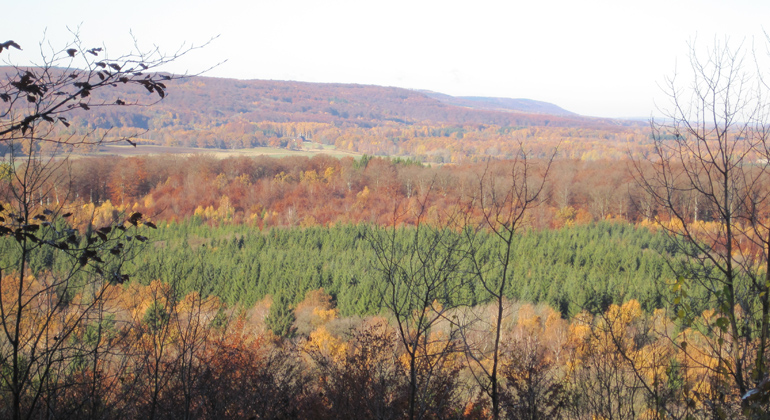 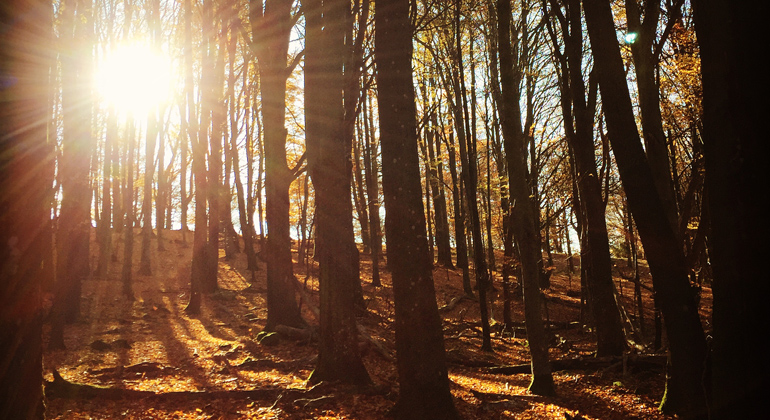 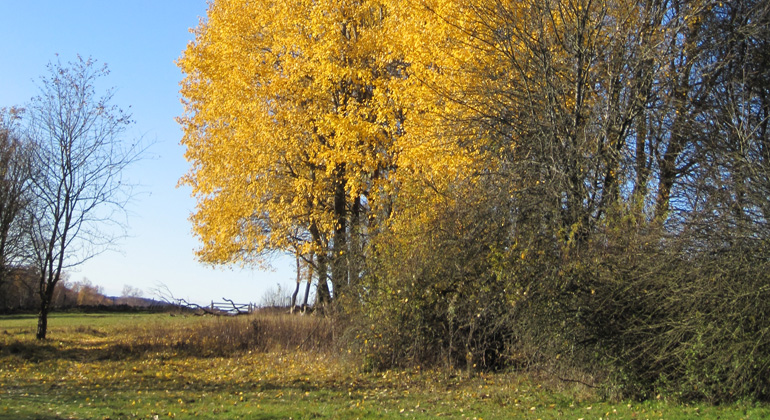 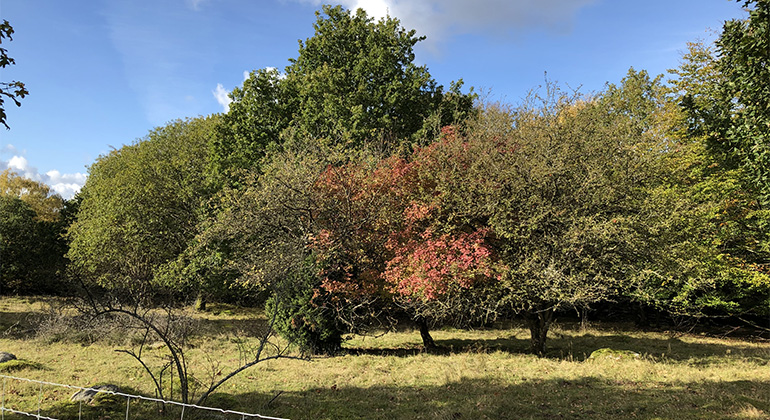 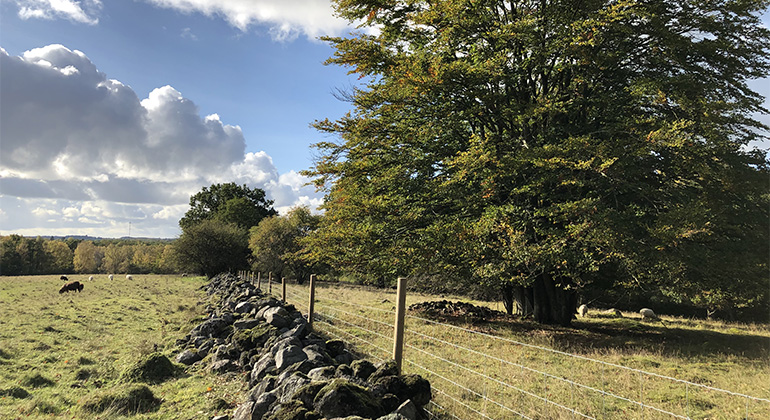 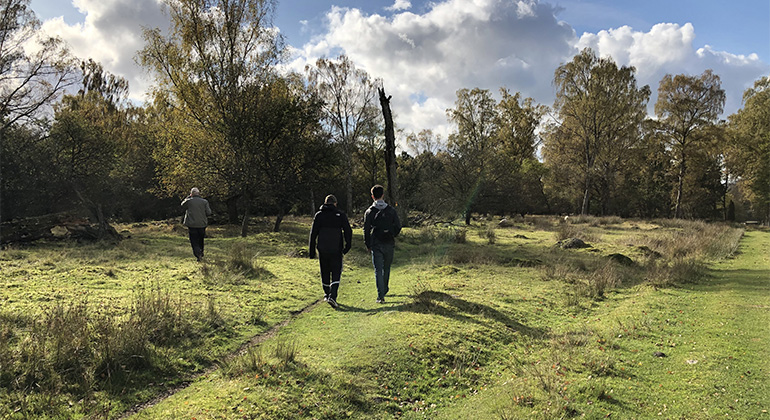 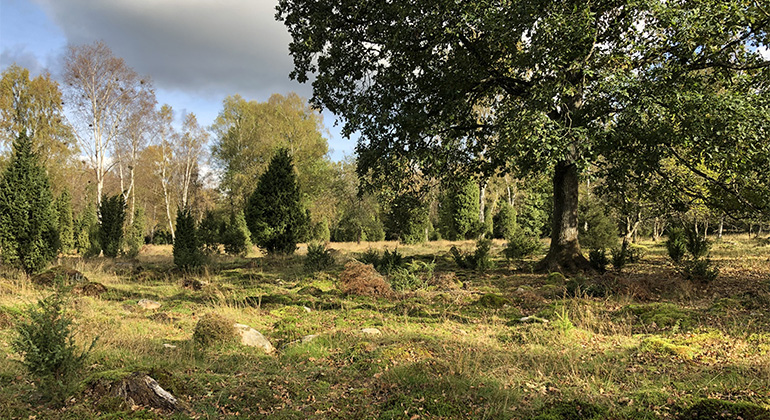 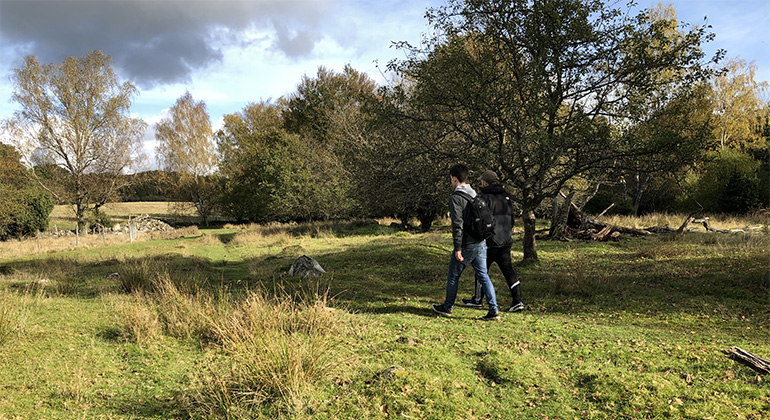 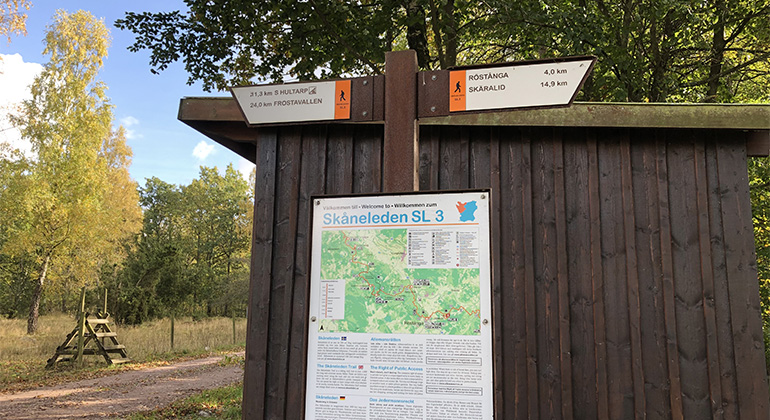 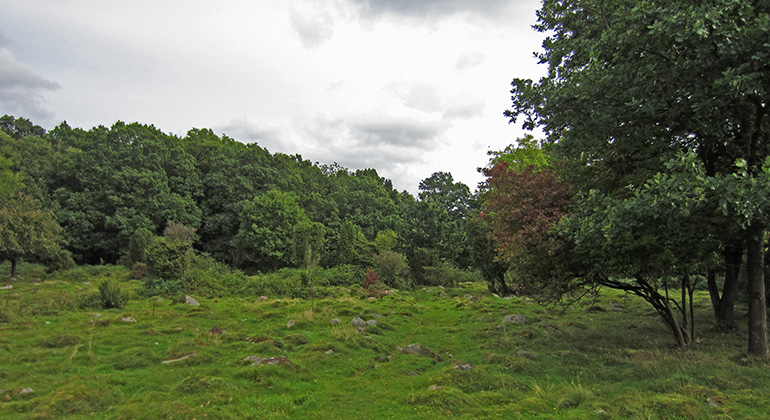 In the time of the Pterosaurs and dinosaurs, Skåne's landscape was much more dramatic than today. Over 150 volcanoes spewed lava and ash over the plains. Gällabjer is one of the volcanoes that has long been silent and which today is a verdant hill in the cultivated landscape outside Röstånga. Take a walk up to the top of Gällabjer, enjoy the flowering beech woodland and search for remains of the volcano.

North of Röstånga, plains stretch out between Söderåsen and Hallandsåsen; a gently-rounded hill rises above the flat countryside. This is Gällabjer (or Jällabjär), jutting 50 metres out from its surroundings. The hill was originally one of the volcanoes that were active 100–150 million years ago. There is now little to be seen of these volcanoes in the landscape of Skåne.

Most of them have been weathered away, but you can still find the remains of the lava that solidified in the middle of the crater when the volcano became extinct. It formed the tough, resistant rock basalt. In the nature reserve, you can find hexagonal basalt pillars on the eastern side of the hill.

The countryside around Gällabjer is varied with beech woodlands, alder carrs, pastures and juniper commons. One hundred years ago, Gällabjer was part of a large expanse of pasture, but today the gently-rounded hill is covered in beech trees.

Alder grows in the carrs at the foot of the hill. The basalt bedrock means that the ground is rich in nutrients. In spring the beech woodland at the top is filled with Yellow Anemones, Yellow Star-of-Bethlehem, Fumewort and Moschatel, while the pastures below are covered with White Anemones.

The Skåneleden Trail runs through the nature reserve, and camping is permitted just to the east of the car park, where you will find windbreaks and somewhere to build a fire. 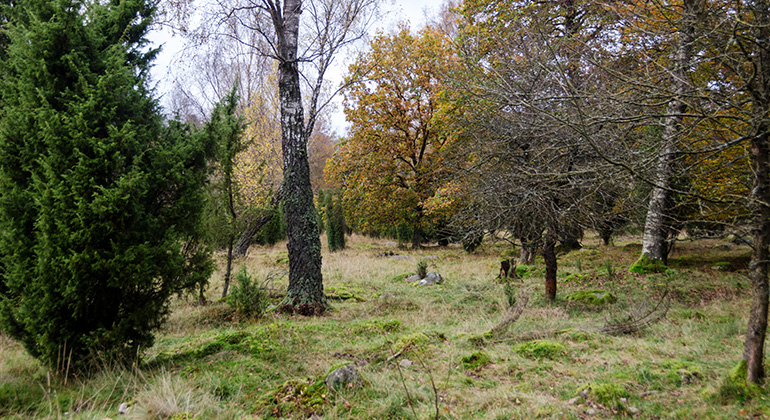 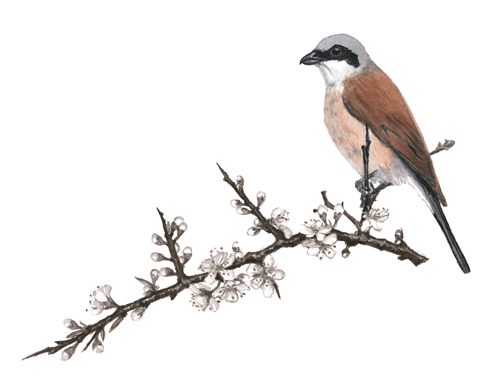