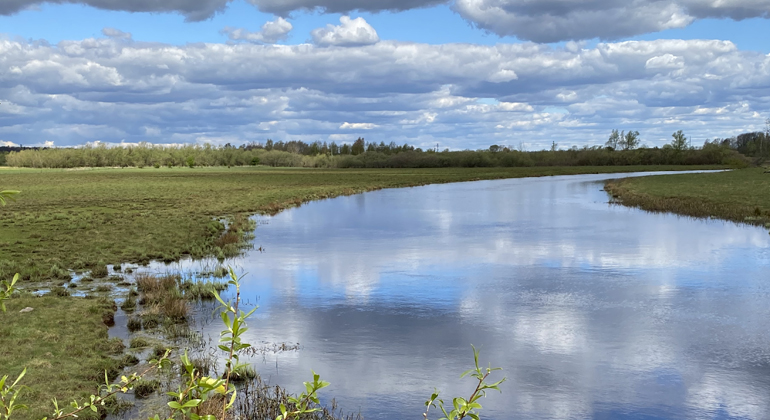 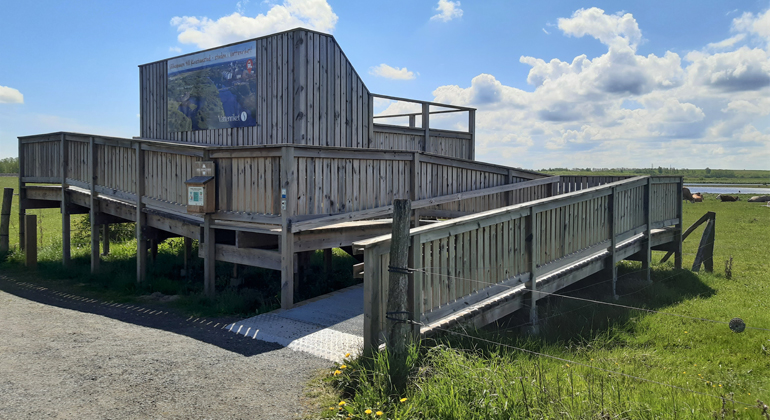 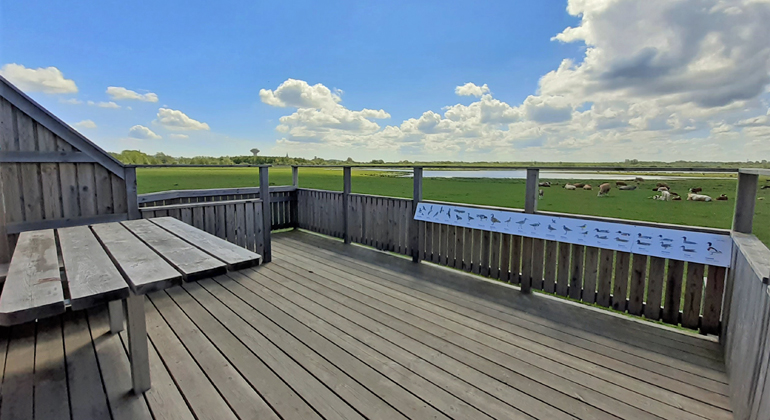 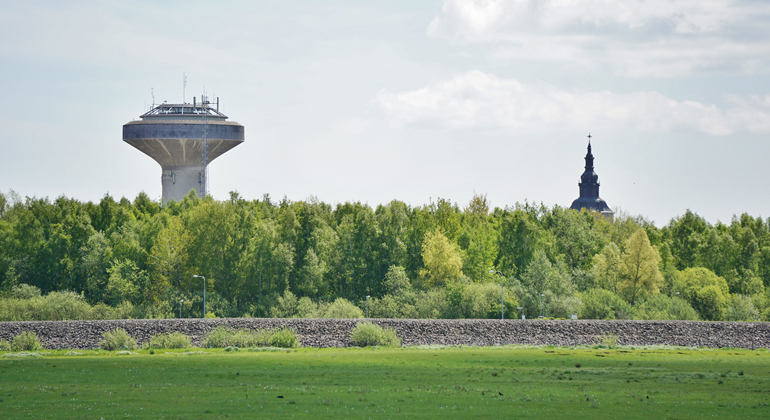 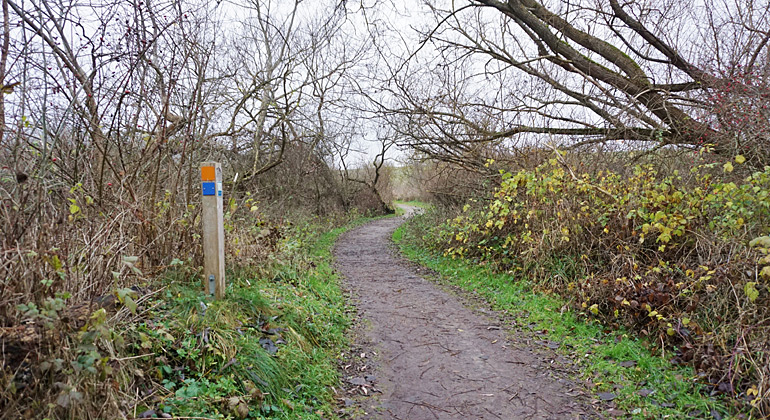 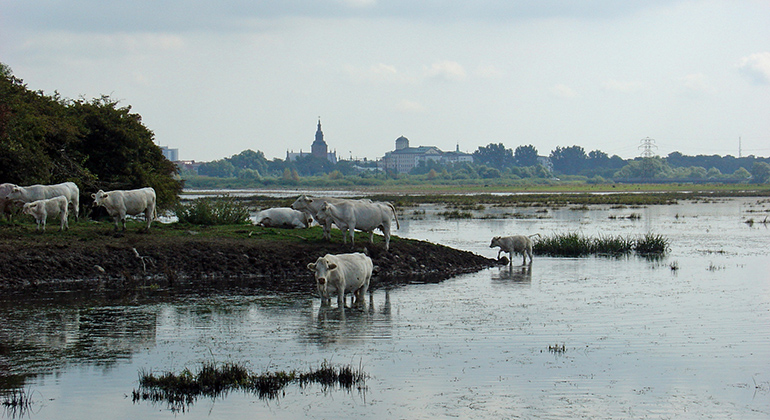 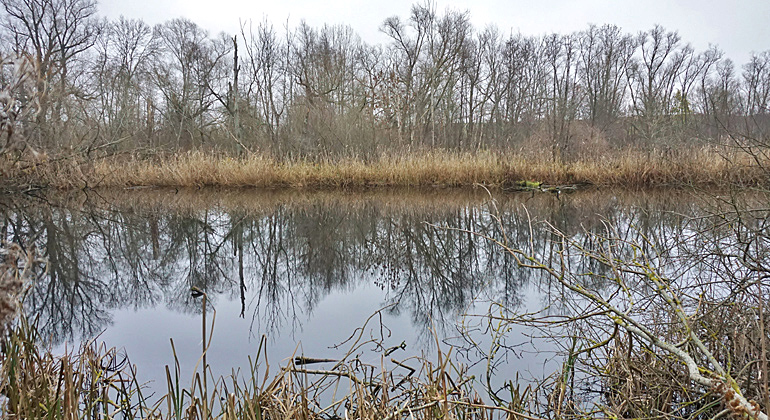 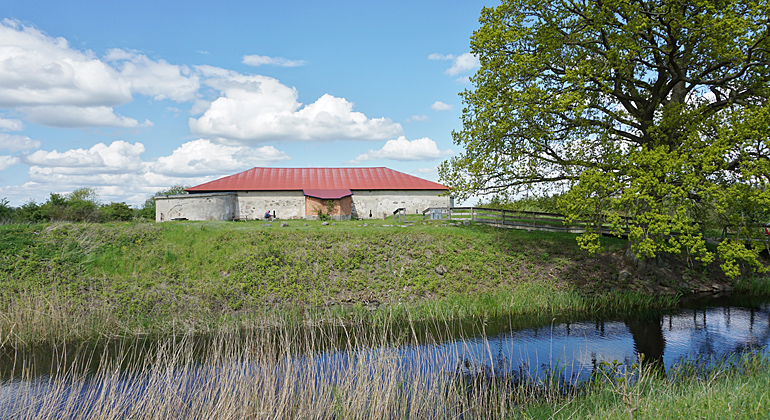 Part of a large wetland area

Large parts of Isternäset are flooded every year, and this affects the vegetation. Higher areas are mainly old farmland with damp meadow vegetation. This is replaced in lower areas by tufted hair grass meadows and in wetter zones low and high sedge lands occur.

Some of the more unusual flowers include Fen Ragwort (Senecio paludosus), Lesser Marshwort (Apium inundatum) and Fine-leaved Water-dropwort (Oenanthe Aquatica), already noted by Linné during his visit in 1749.

The area south of the Hegeå river is uncultivated with occasional trees and willow thickets.

The Linnérundan is a walk that passes through the reserve's different parts. 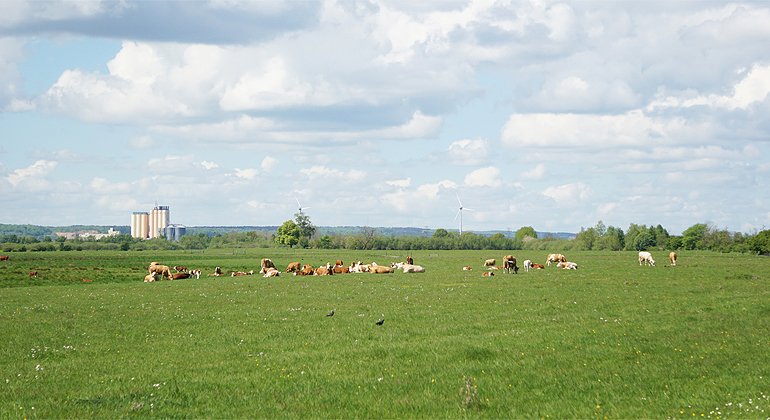 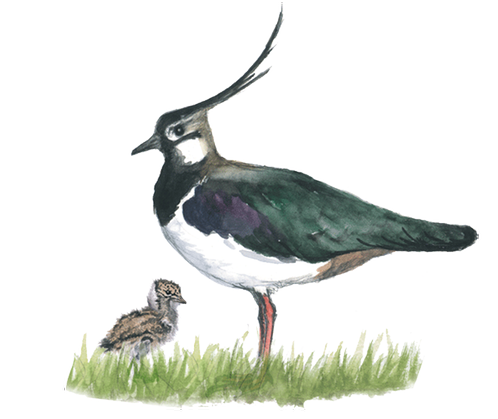