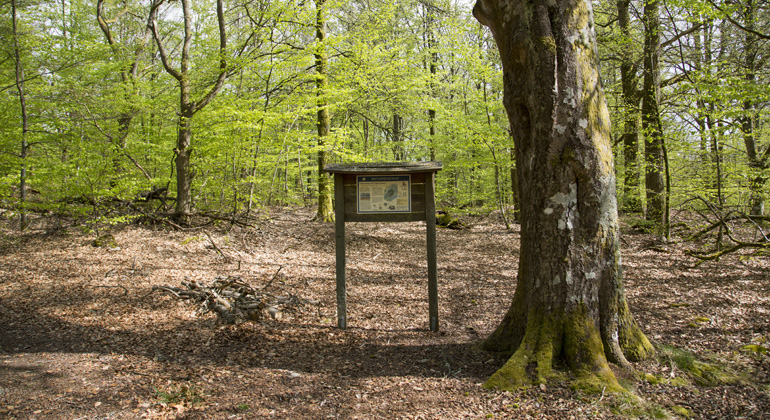 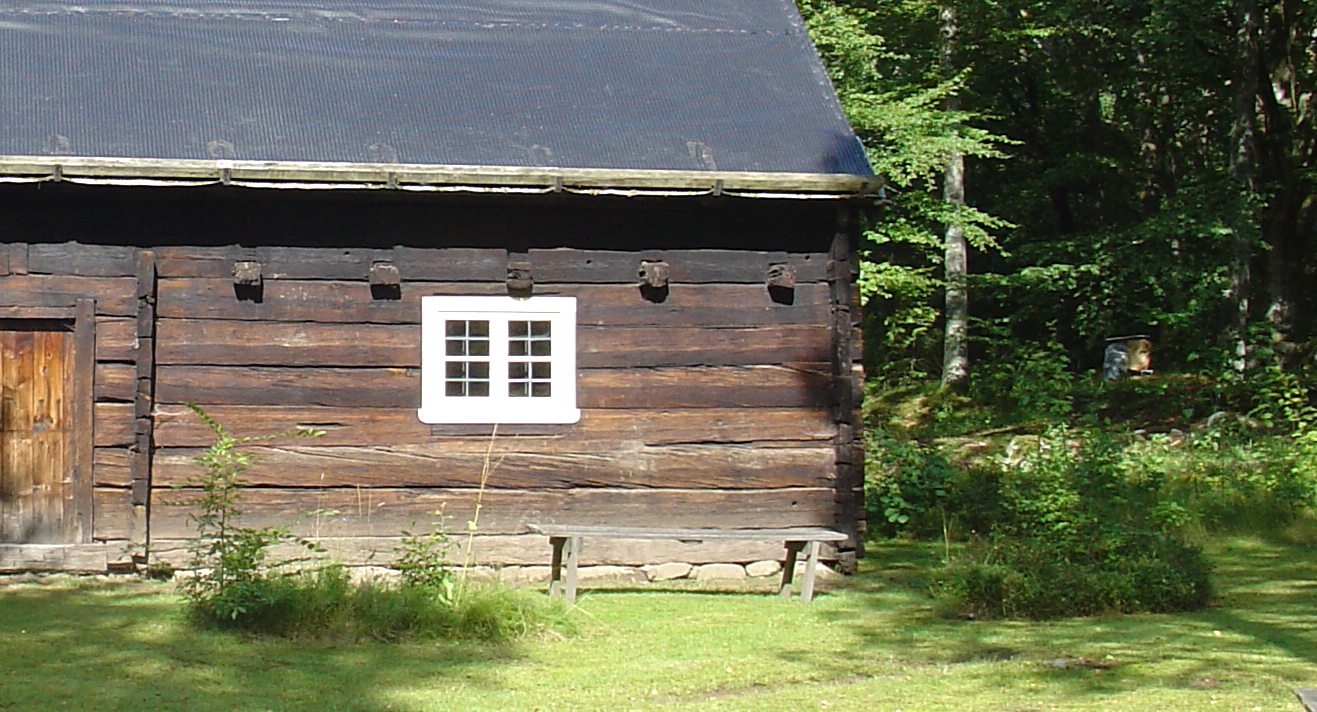 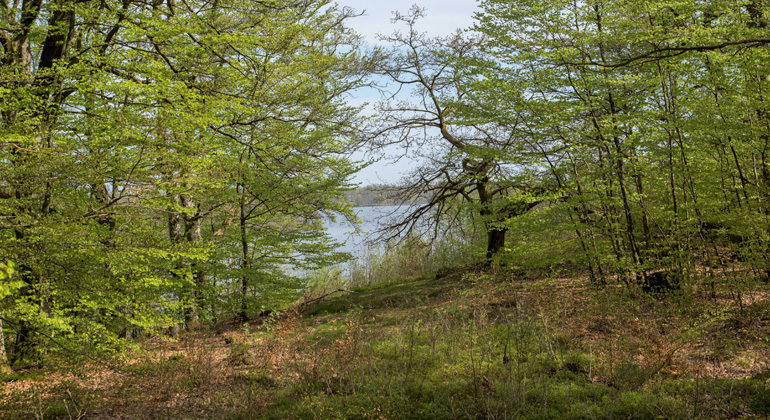 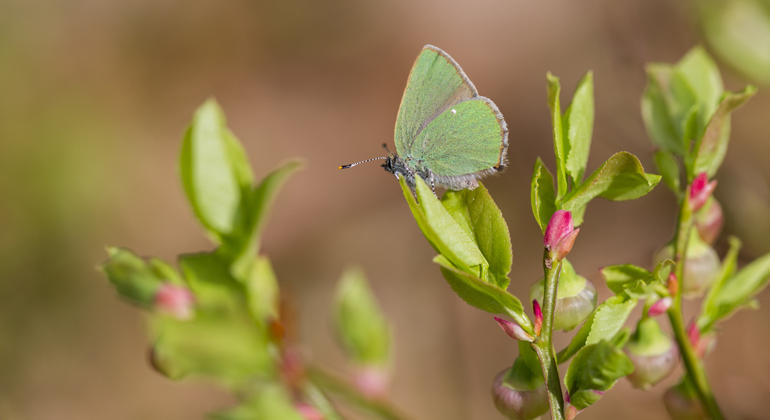 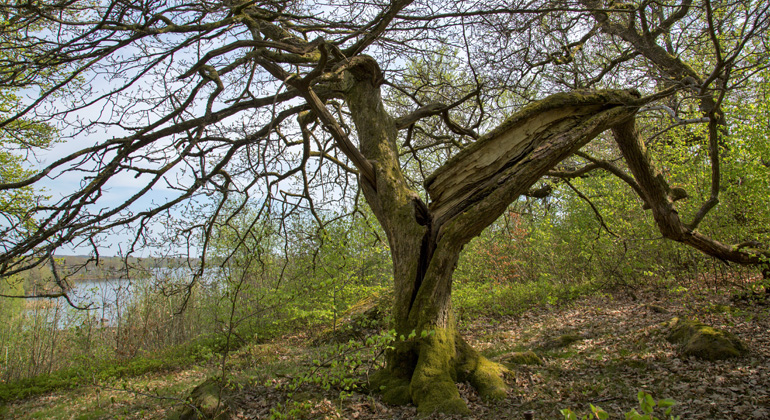 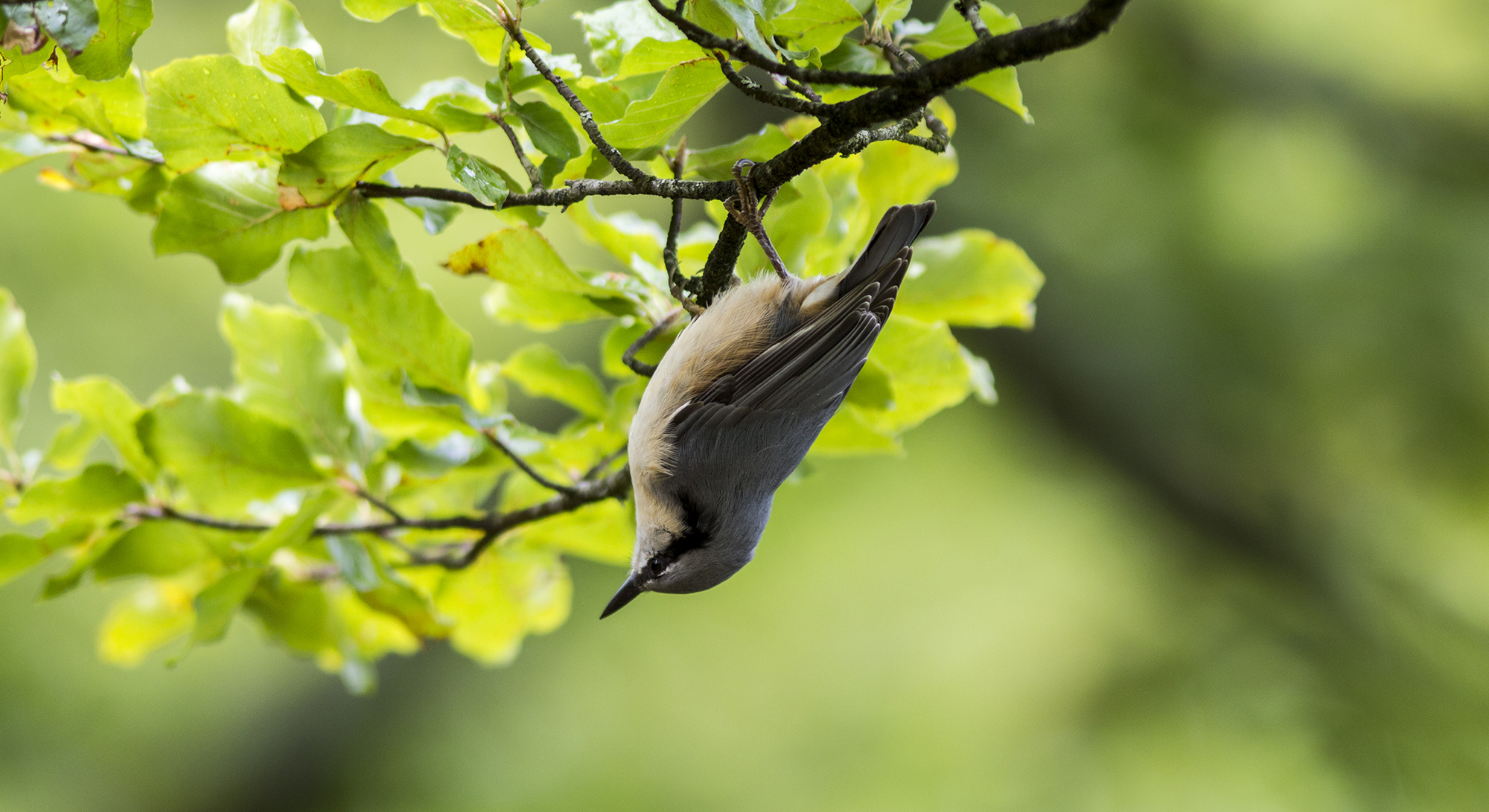 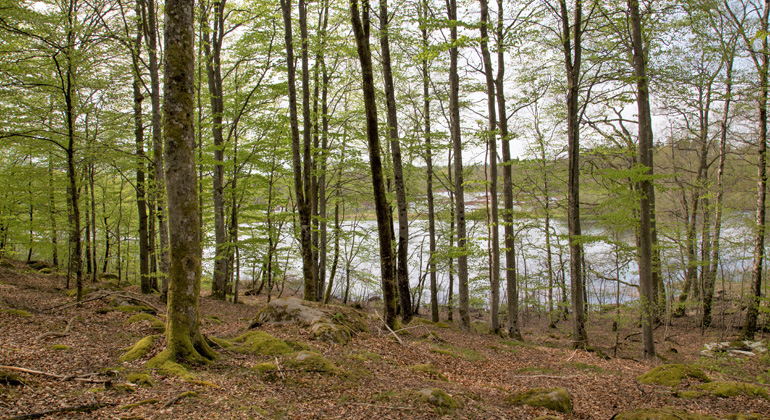 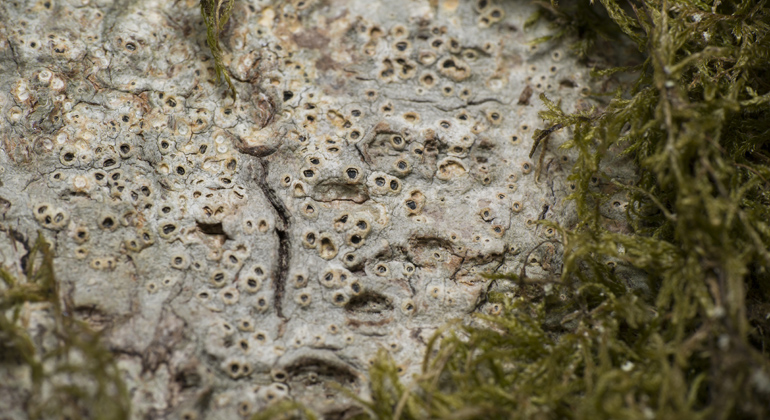 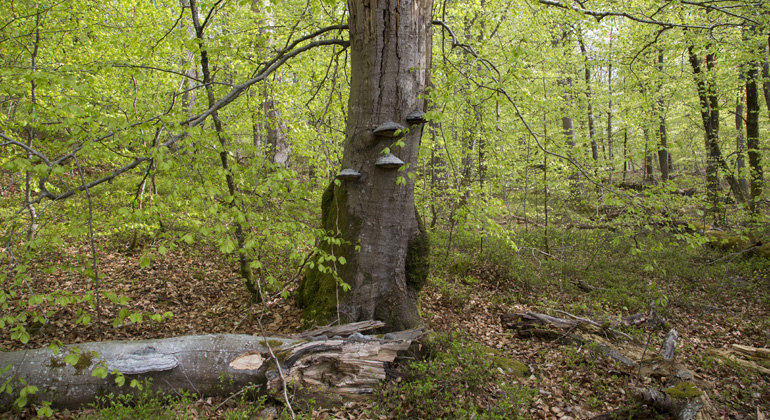 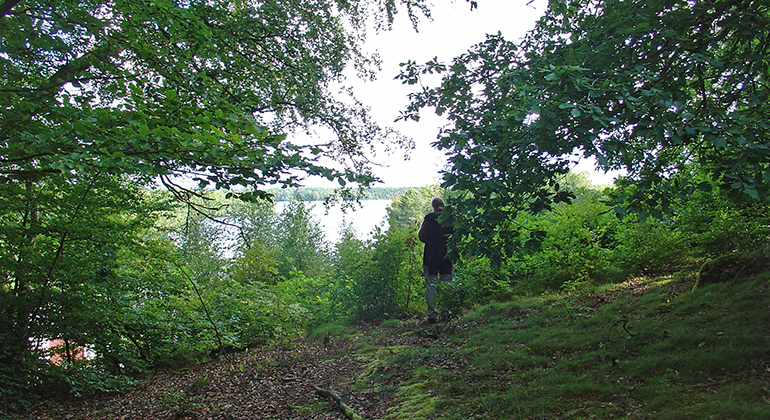 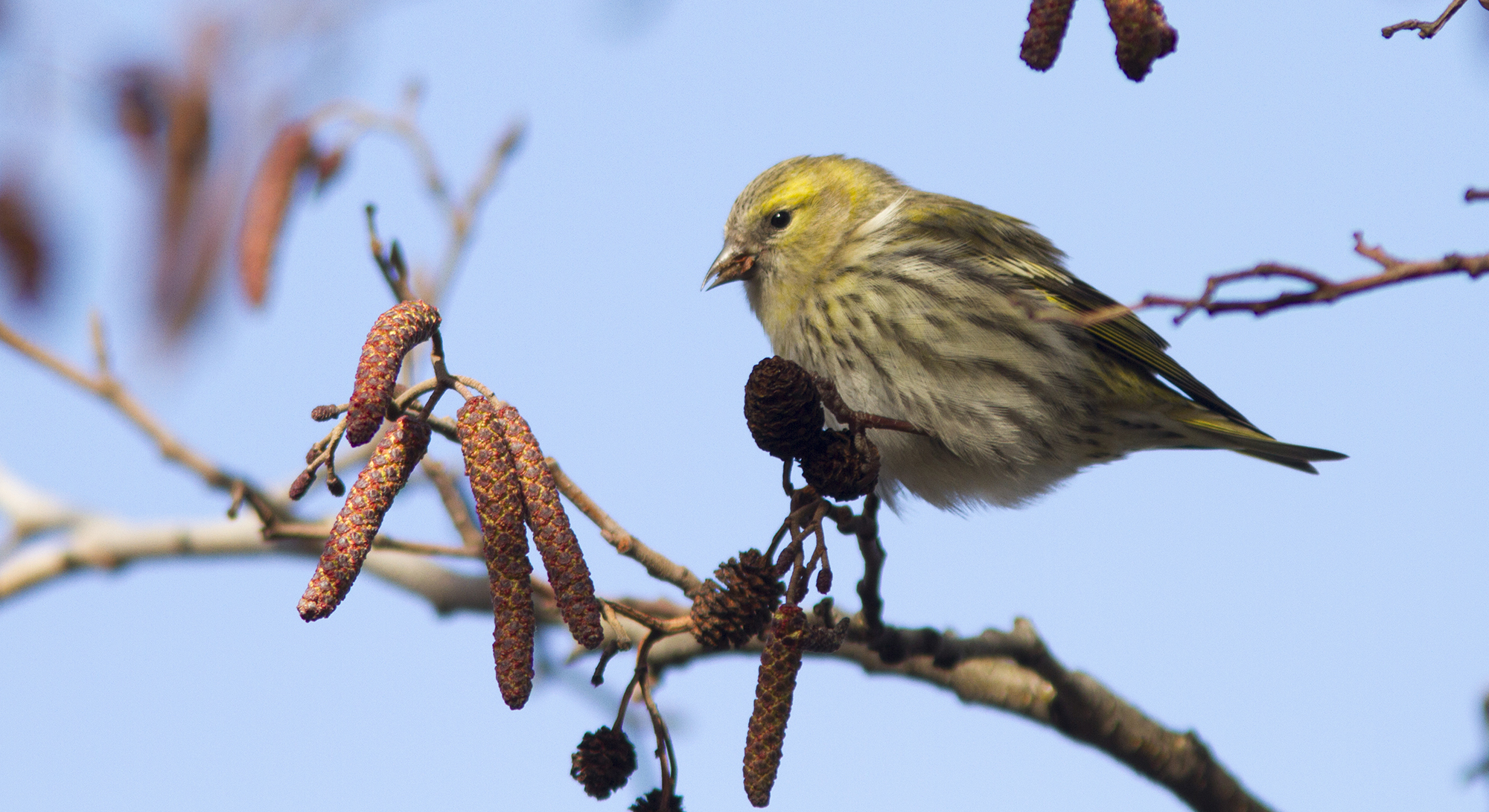 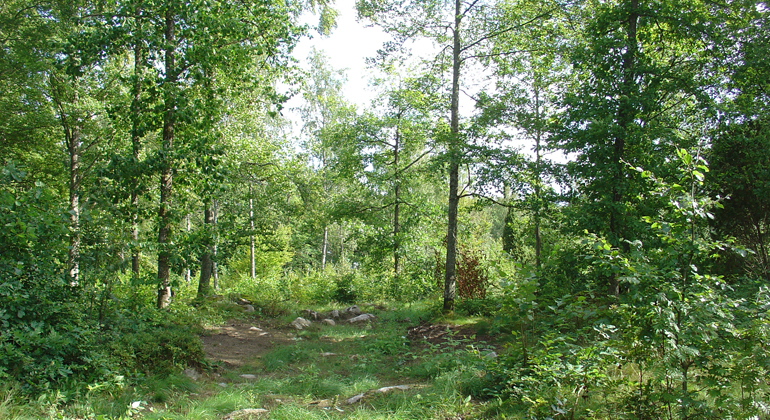 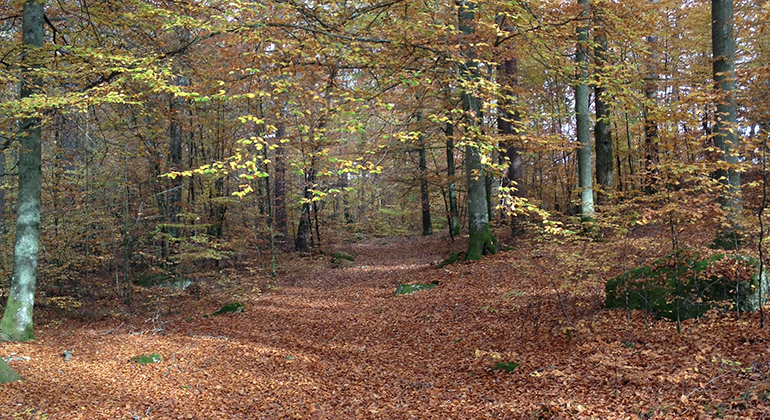 Osby Skansar (Osby Forts) is today a calm oasis in which you can enjoy the stillness of the beech woodlands. However, this was once the site where a bitter border war played out. Between 1611 and 1613, the Danish had defences high up on the ridge in order to control the road between Sweden and Denmark that ran through here by the lake Osbysjön. From the fort the local farmers controlled the fording points across the river Helge Å that lay below.

Osby Skansar, otherwise known as Sibbarps Skans (Sibbarp's Fort), is just a couple of kilometres south of Osby, between the lake Osbysjön and the river Helge Å. The Swedish Society for Nature Conservation bought the land in 1916 and it was first protected as a natural monument in 1921 and then as a reserve in 1928.

Previously the area was part of the open cultivated landscape. Livestock grazed on heather-covered, rocky slopes with solitary oaks. When grazing ceased, the land grew once more. Trees appeared, and today there is a diverse beech woodland. Here and there are the remaining juniper bushes who can bear witness to the time when livestock shaped the landscape. Bilberry and wavy hair-grass dominate the meagre moraine land.

In the middle of the woodland lies a wetter area in which there is birch carr with a couple of mirror-like ponds among the trees. In the eastern part of the reserve, there is a small summit where the grey-red granite bedrock is exposed. From here there is a beautiful view over the lake.

Battle at the Fort

On a day in September 1657, a group of Swedes came riding from the south. They had been in Skåne and were now on their way home. Here, by Sibbarps Skans, the met the Danish and their commander, Knud Ulfeldt. A bitter battle broke out, resulting in many deaths on both sides. A memorial stone was erected on the spot in order to honor the fallen, among them Knud Ulfeldt.

In the last ever Danish-Swedish war, the Swedish captured the fort from the local farmers, who the Danish king, Christian IV, had tasked with defending the border. The ruins of the fort can still be seen in the Woodlands. At the centre of the fort there are two stone cairns – created when the land was cleared of stones for cultivation – and a single tree.

There is a museum of rural life at the south-western boundary of the reserve. This is housed in an old cottage from the 17th century that was moved here from Stavshult. If you gaze over the river you can look out over Hasslaröds Ängar (Hasslaröd Meadows). These are areas that flood and were once used for hay-making, but have now been allowed to become overgrown. 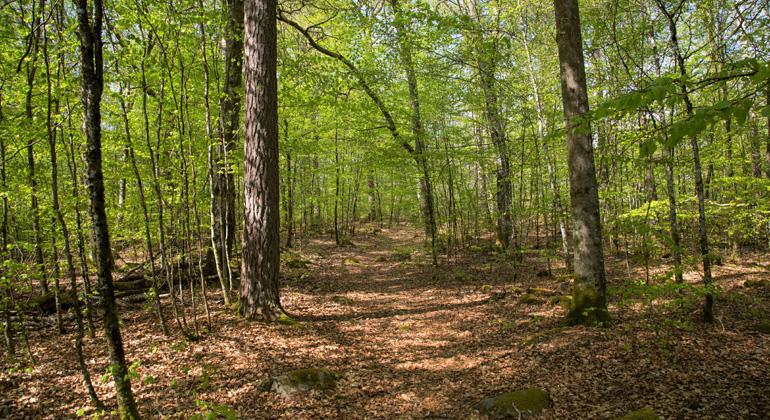 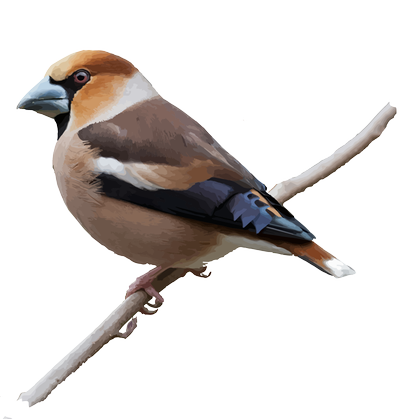