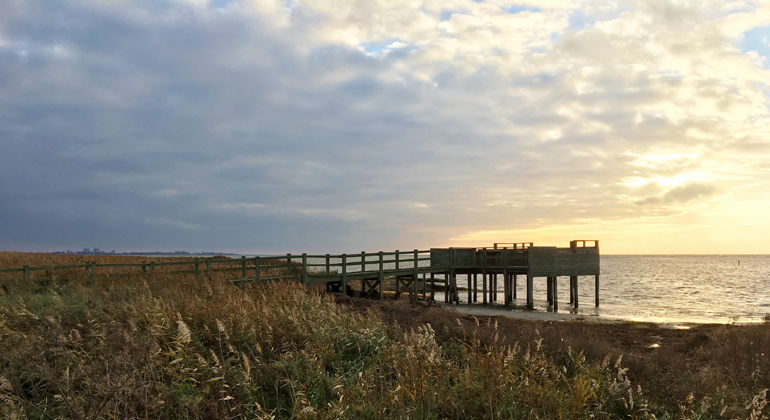 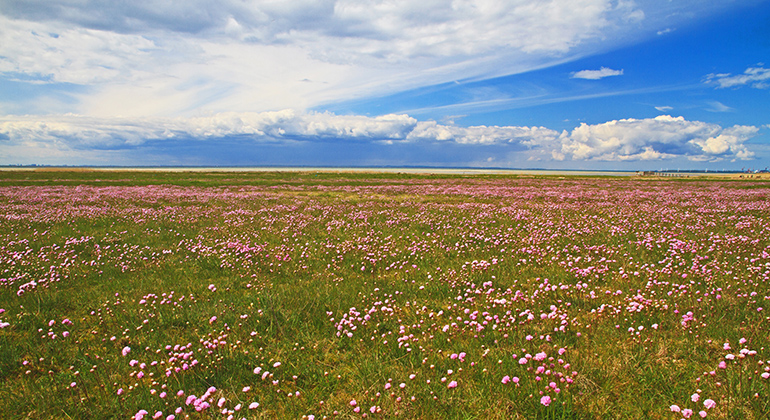 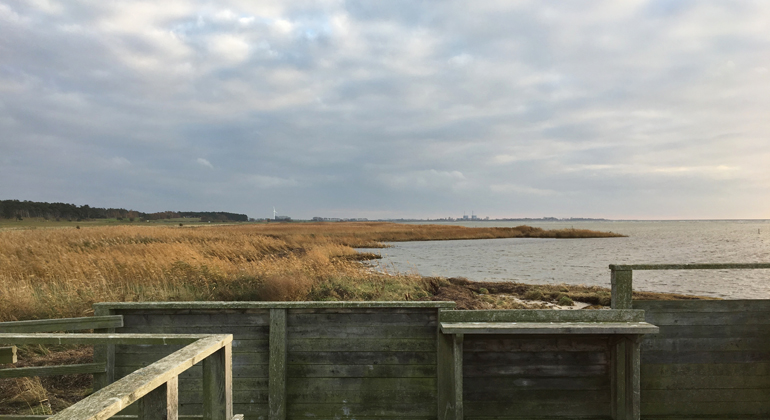 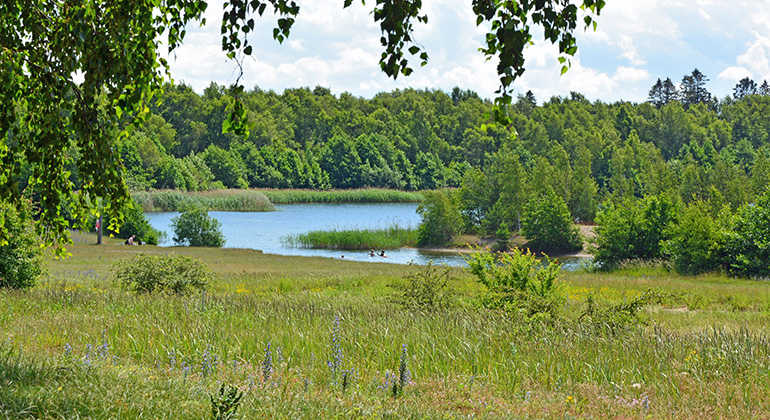 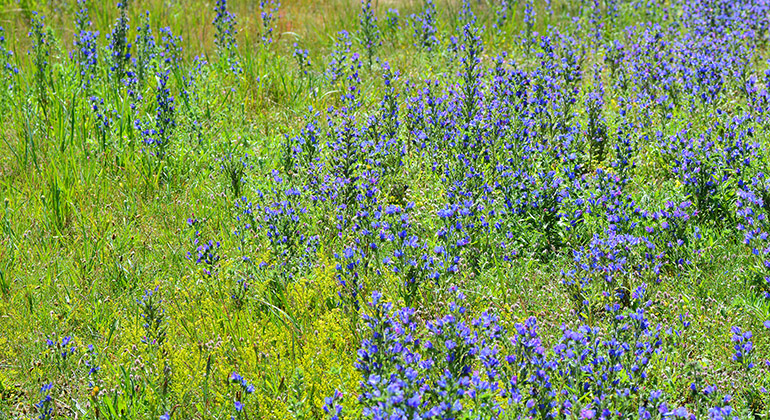 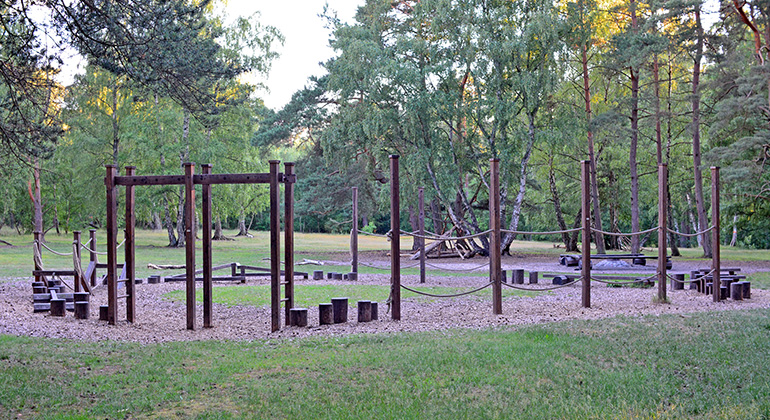 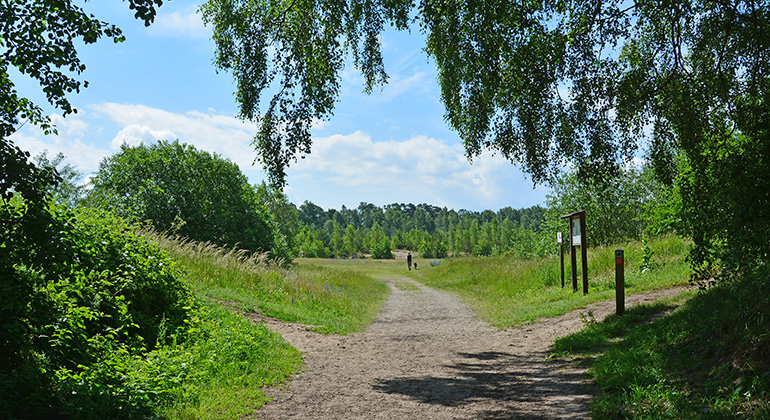 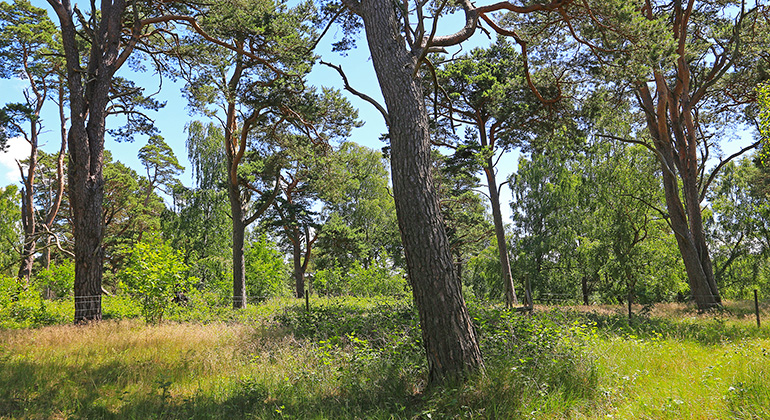 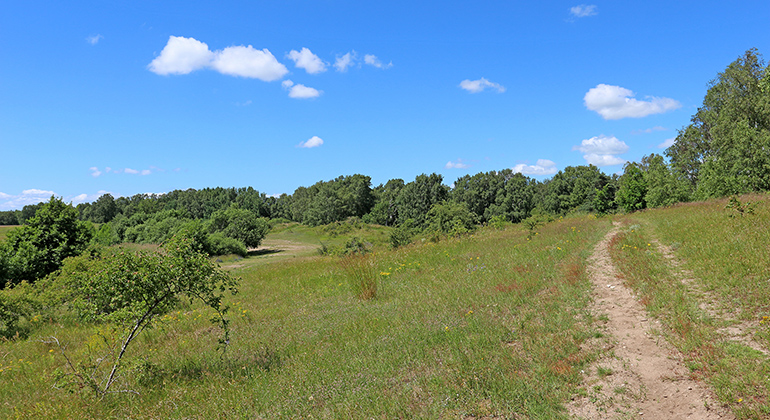 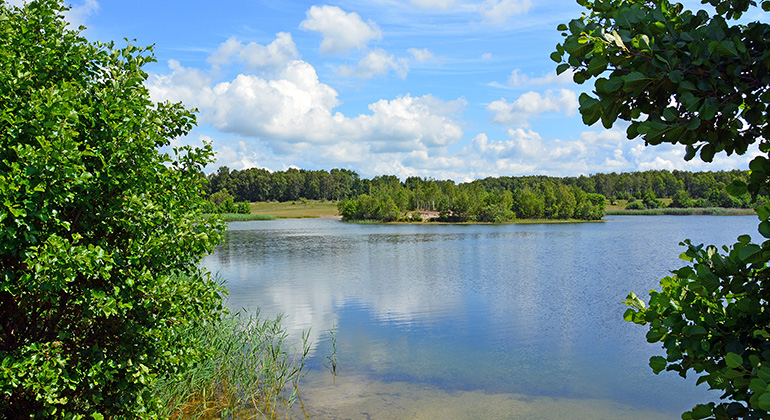 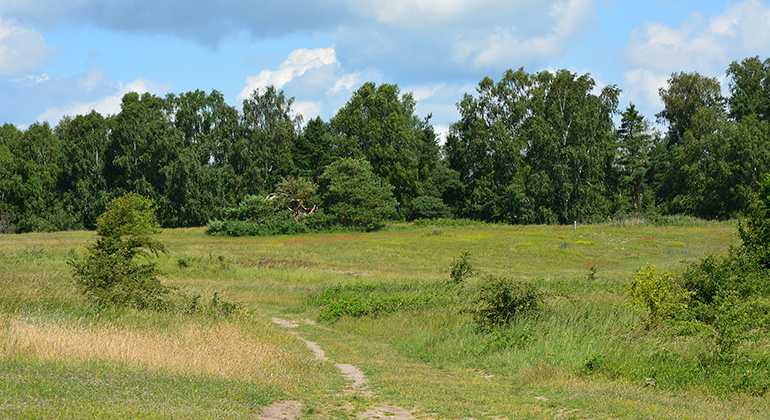 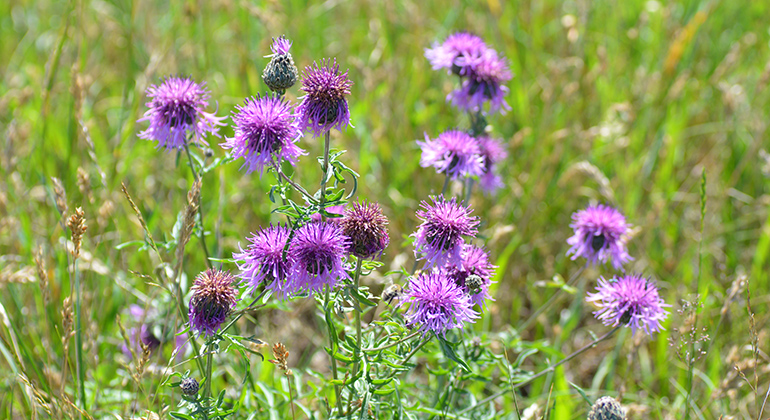 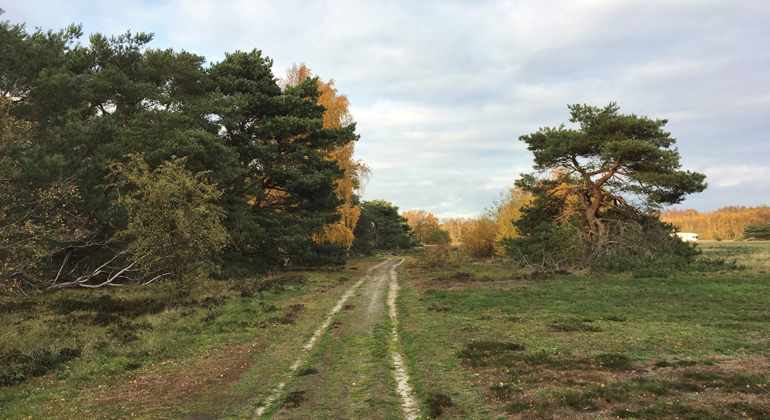 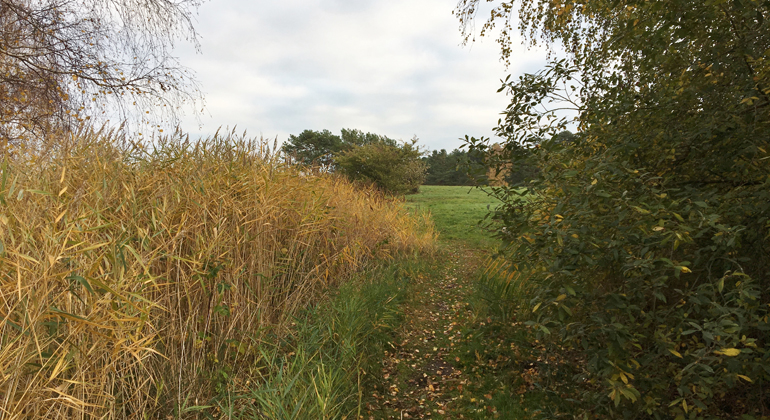 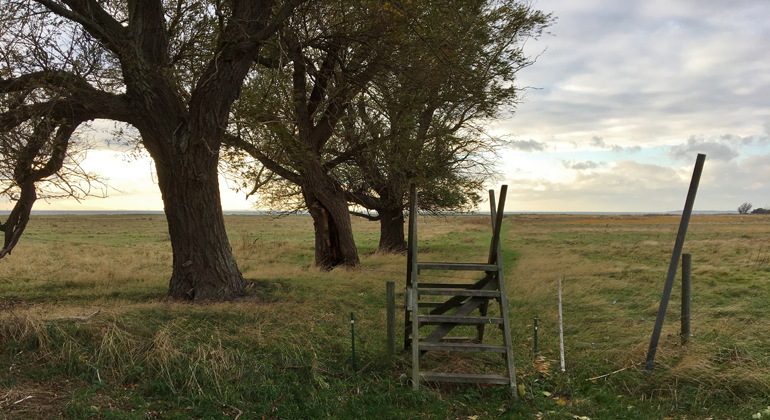 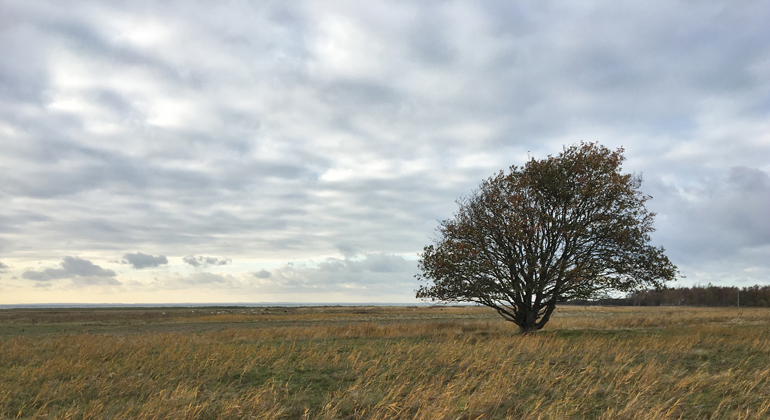 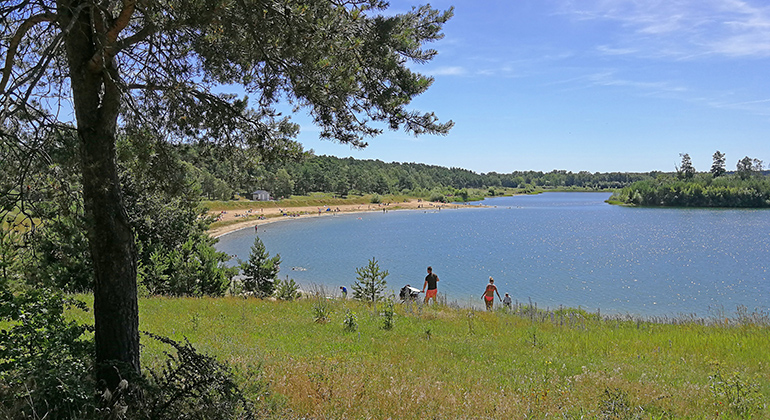 Some 7000 years ago, powerful waves from the Littorina Sea threw up sand, stones and flints. This is how the Litorinavallen (Littorina Ridge), also called Järavallen was formed. It can be seen inland of the flat coastal meadows. Sand dunes spread out further inland from the ridge. The Littorina Sea got its name from the common periwinkle snail (Litorina litorea). The inner part of the Lundåkrabukten bay is a shallow marine area with ridges which are exposed at low water.

Many wading birds, such as avocet (Recurvirostra avosetta), rest and search for food in the shallow water along the shore while others, such as oyster catchers (Haematopus ostralegus), like the well grazed coastal meadows. The natterjack toad (Bufo calamita) is good at digging and running and breeds in the shallow pools, which can be slightly salty. The many rabbits like the sand, which is easy to dig, and when they have moved out, the common shelduck (Tadorna tadorna) nests in the holes.

A walk up from the shore area leads into a pine woodland, planted in the 1800s to stop sand drift. If you keep going in a northerly direction you come to open, dry meadows and heath. The humble grasses such as common bent and wavy hair grass grow on the dry, sandy meadows. Honeysuckle (Lonicera periclymenum) winds like vines around bushes and trees and gives the woodland in the western part of the reserve a special character. The flowers, which smell lovely when they come into bloom in June, are followed by red berries.

West of the motorway, by the yellow trail and down by Kustvägen (the coastal road), the remains of old banks made from a mixture of grass sods and eel grass. The banks were created in the 1600s as fences when there was a lack of timber and stone. North of the pine woodland you can sense the history and you can take a walk along a well conserved drove road. These can be very old and have been formed as a result of years of erosion from hooves and feet.

Fågelsjön and Hofterup mosse; a large unmanaged wetland, can be found on the other side of the bridge over the motorway. It is an excellent area for birds such as lesser spotted woodpecker. 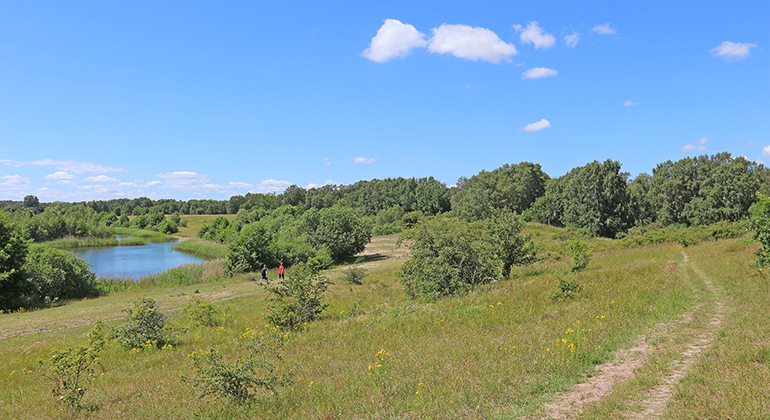 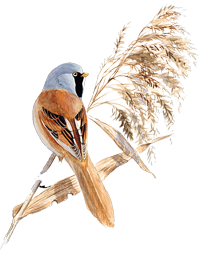