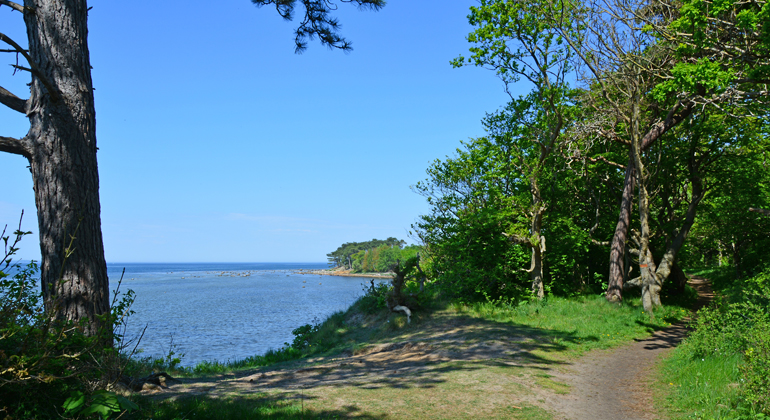 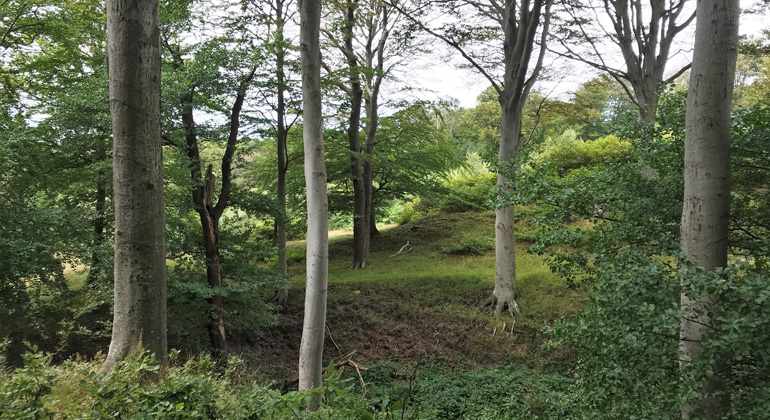 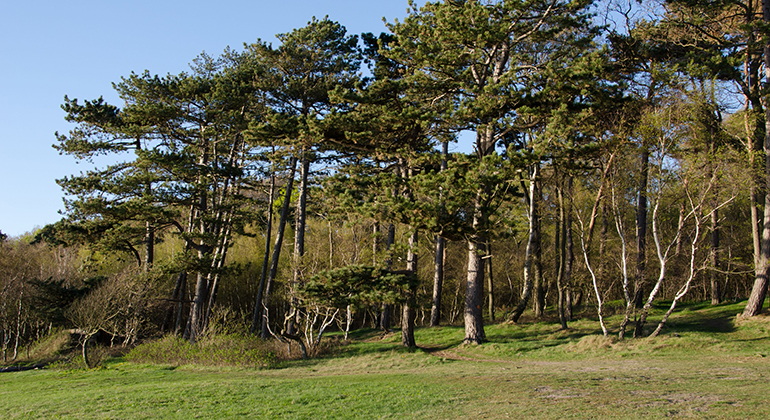 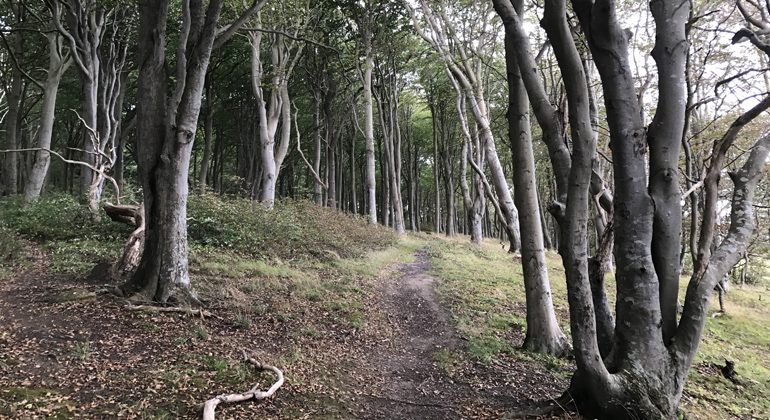 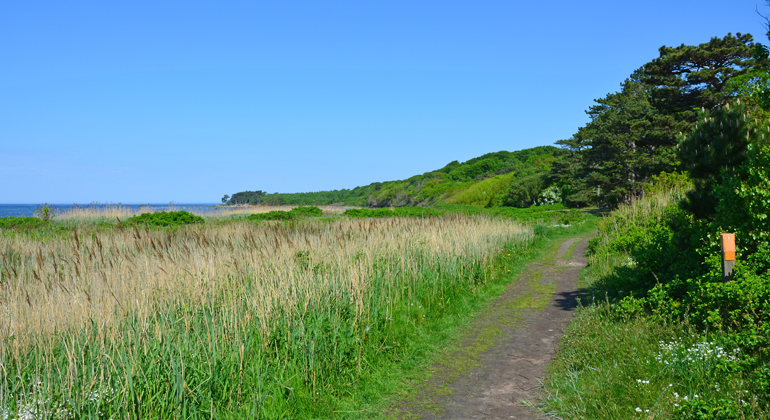 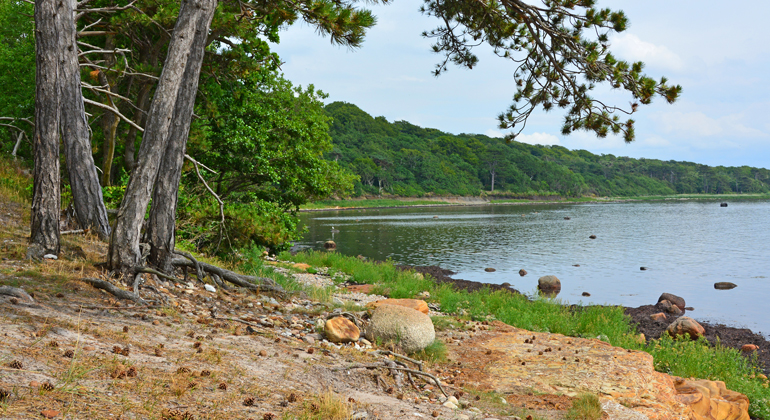 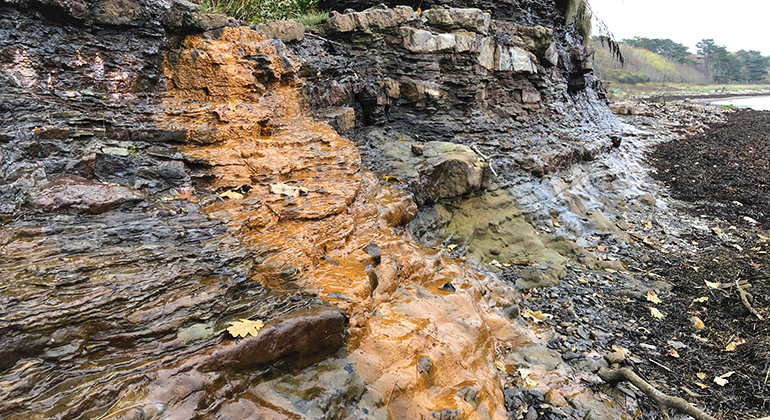 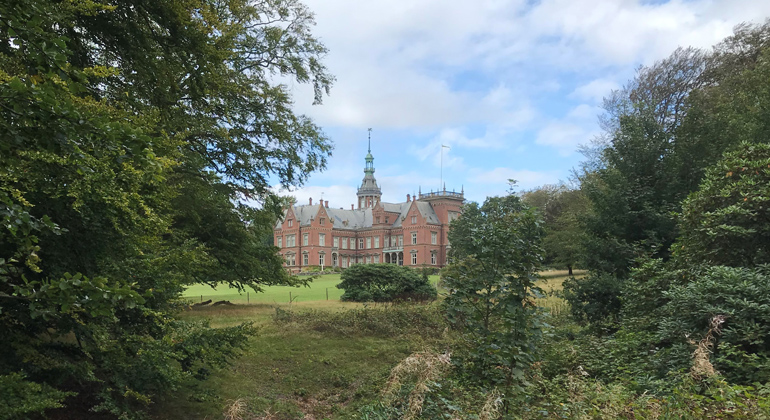 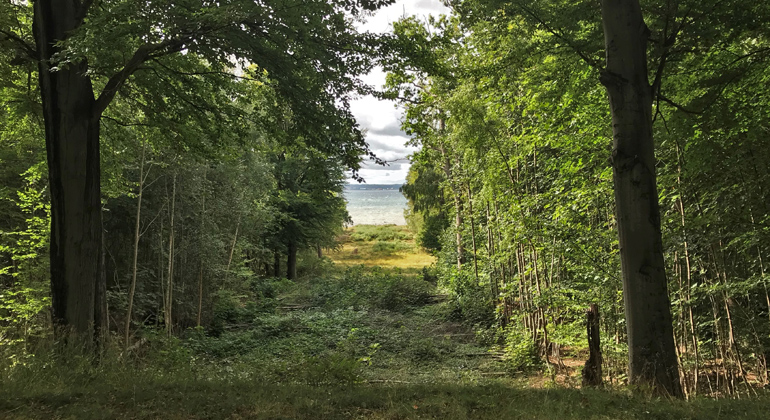 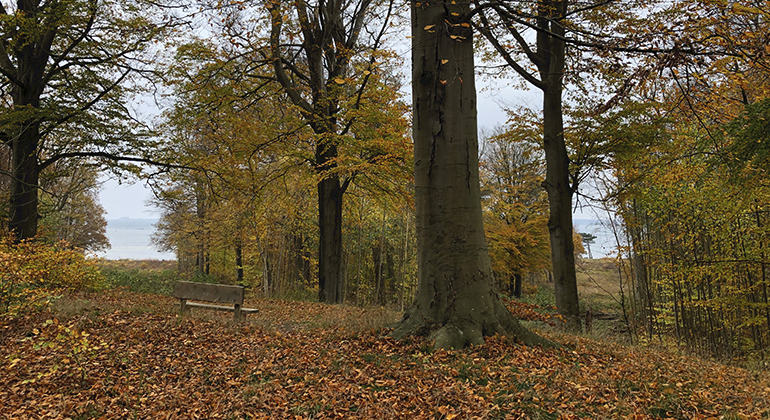 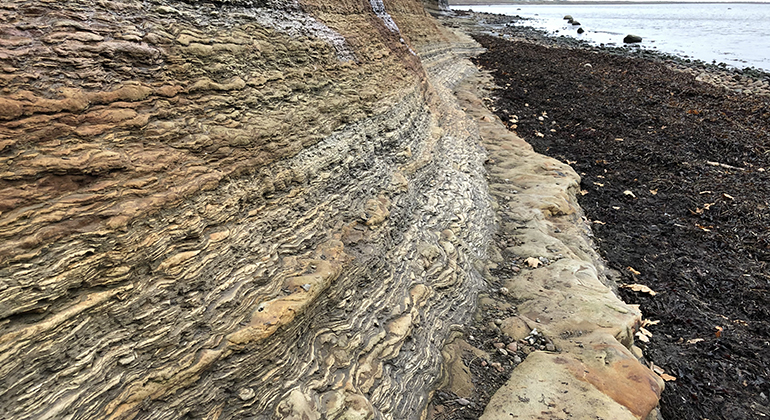 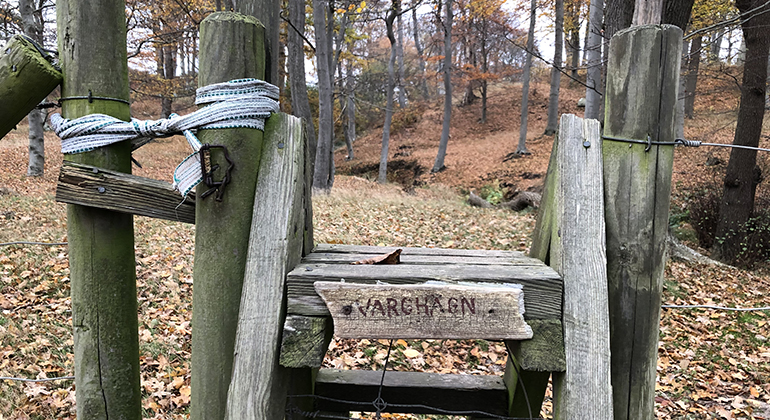 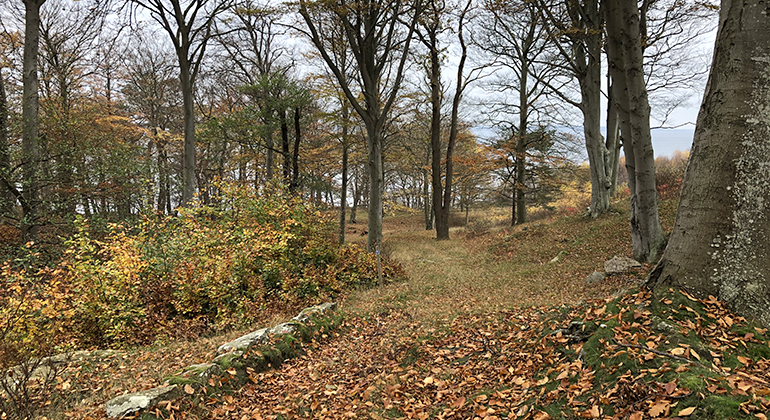 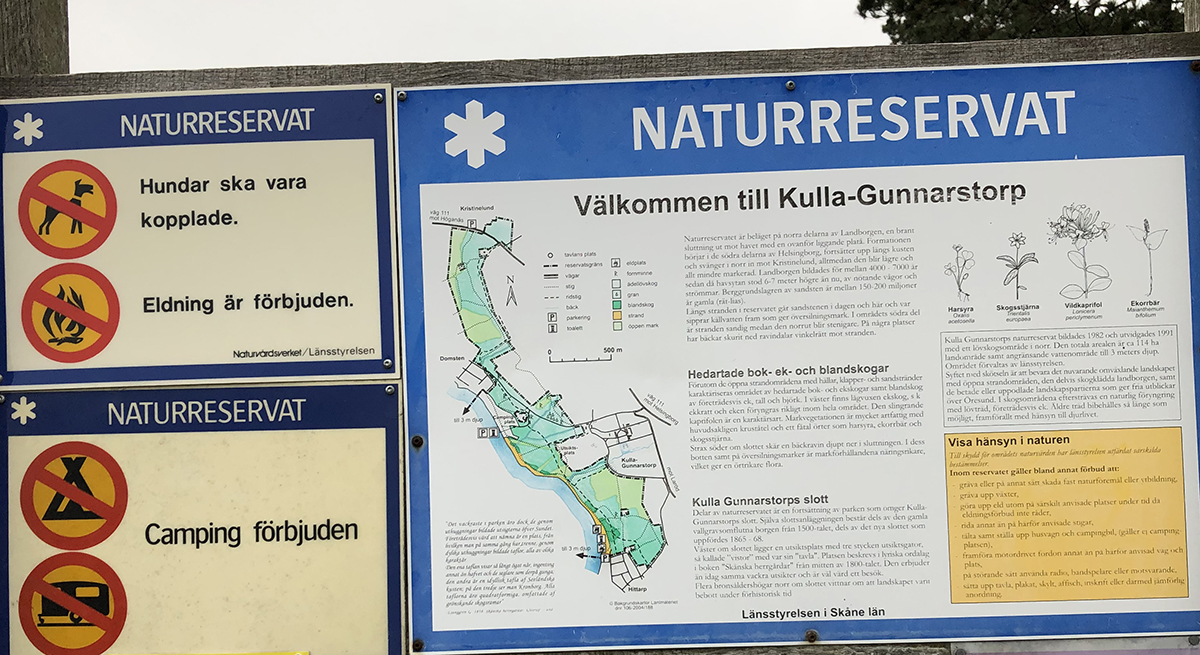 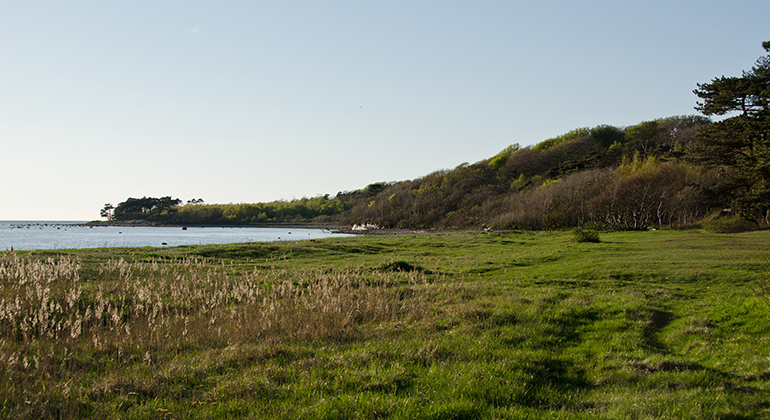 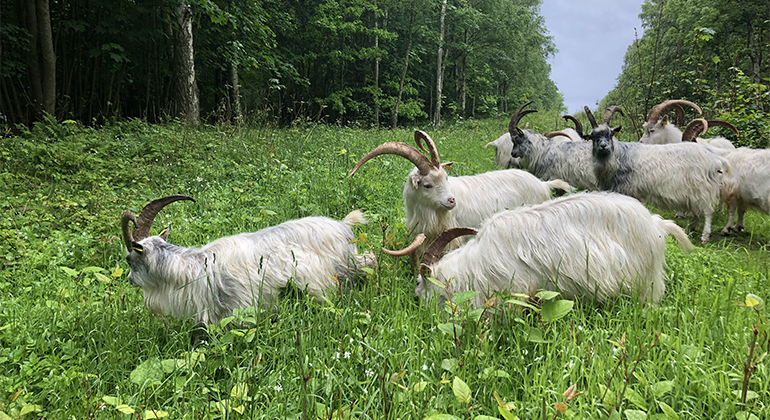 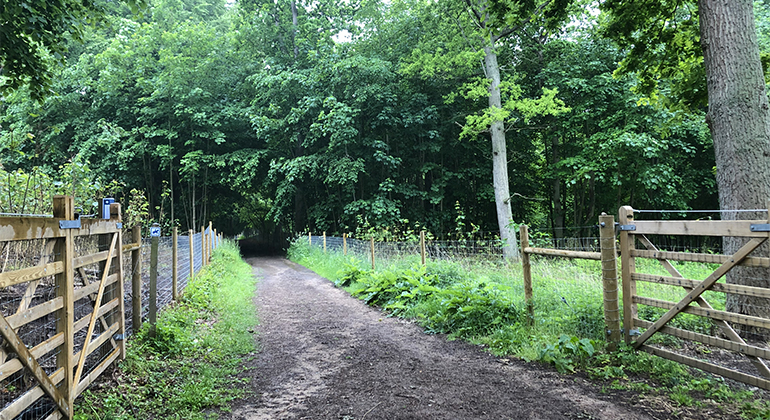 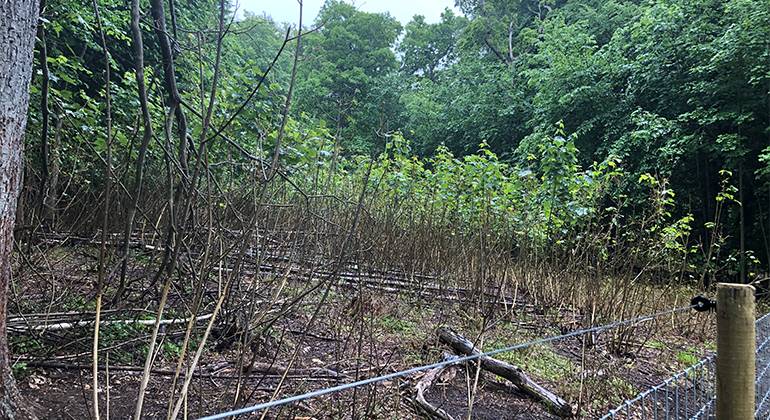 A visit to Kulla Gunnarstorp offers a great opportunity for hiking, cycling and horse-riding. And why not finish your trip with a dip in the sea from the sandy beach just north of Hittarp? Look out over the sea from the top of the escarpment through specially-cut viewing corridors where the woodland forms a frame around the view of the water and Denmark in the background.

The nature reserve is located in an area that encompasses the northern parts of the escarpment. These steep slopes down to the sea were created 4000–7000 years ago by waves and currents, when the sea-level was as much as six to seven metres higher. Up on the plateau, 20–40 metres above the sea, there is a flat agricultural landscape. Streams have cut deep into the escarpment, forming ravines.

The moated castle that lies close to the reserve on the brow of the escarpment was built in the 16th century. A little higher up and more visible is the new castle that was built in the 1860s. The reserve is a continuation of the castle grounds, which has large, broad-crowned trees, footpaths and view-points. This site was settled long before the 16th century and lying just north of the castle, there is a graveyard with several burial mounds from the Bronze Age (c. 3,500 years ago).

Peepshow in the Woodland

West of the castle, there is a very special form of view-point. From a bench in the park, you can look out through three viewing corridors cut out of the woodland. They create slices of nature, showing the sea, boats and the Danish coast. The same "pictures" could be seen by the promenading guests at the castle back in the 19th century. They are described lyrically in the book Skånska herrgårdar (Skåne's Manor Houses), which was published at the time.

Sand and Stone at the Edge of the Sea

The best place to swim is just north of Hittarp, where you'll find a lovely sandy beach. If you then go further north, you'll come to a rockier coastline with a pebble beach, where there are a couple of metre-high, vertical, sandstone ledges from which spring water runs. The reserve continues out into the sea until it is three metres deep. Past that point, there is the municipal nature reserve Grollegrund, a protected area of the marine environment with valuable underwater habitats.

The woodland is mainly beech and oak on heathland. It is rich in flowering plants including Wood Sorrel, False Lily of the Valley and Chickweed Wintergreen. Sweet-scented Goat-Leaf Honeysuckle is one of the woodland's characteristic species, wrapping itself around trees and bushes. In the ravines formed by streams south of the castle, there is more nutrient-rich soil which means the flora is more abundant.

In autumn and spring you should be on the look-out for migrating birds of prey. Large numbers of Common Buzzard and European Honey Buzzard migrate through the area, together with occasional Osprey, Hobby and Rough-Legged Buzzard. 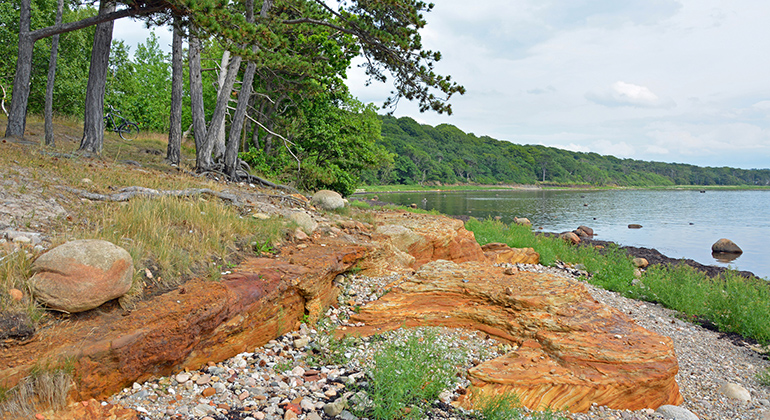 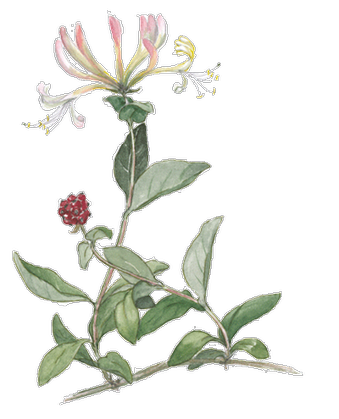 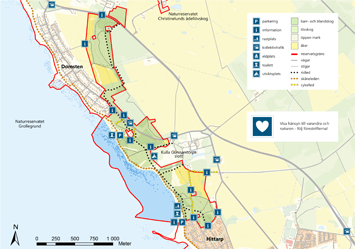