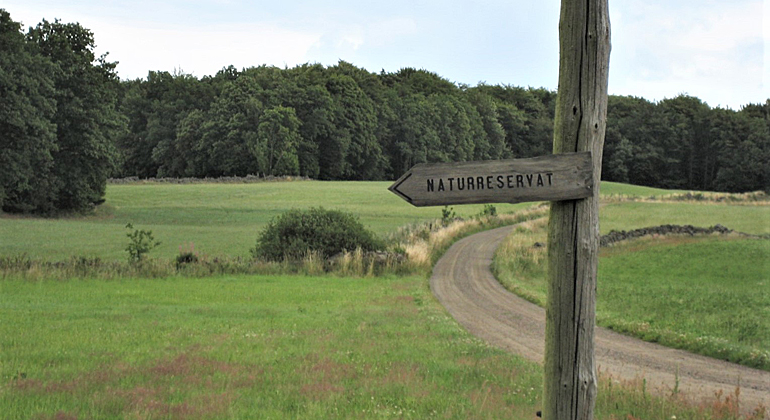 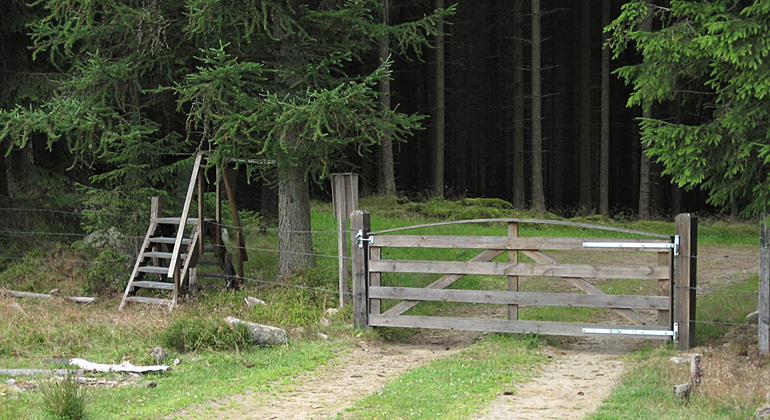 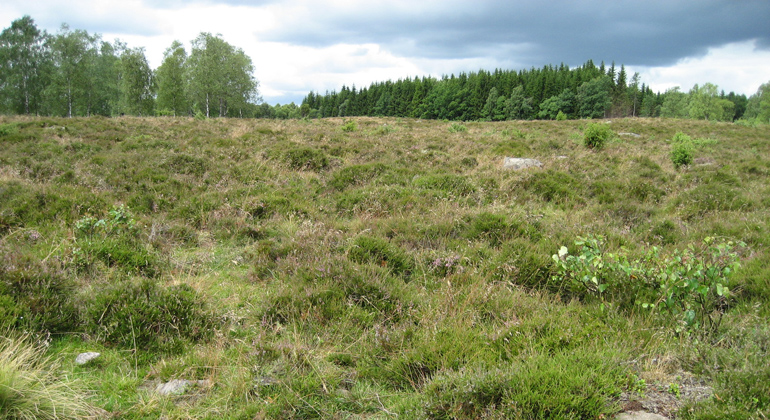 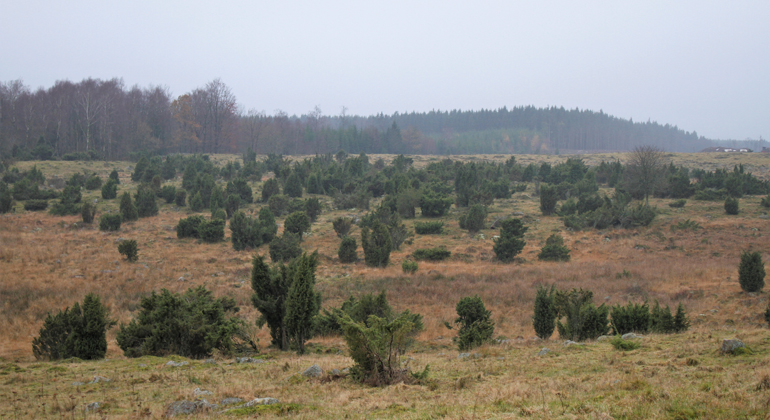 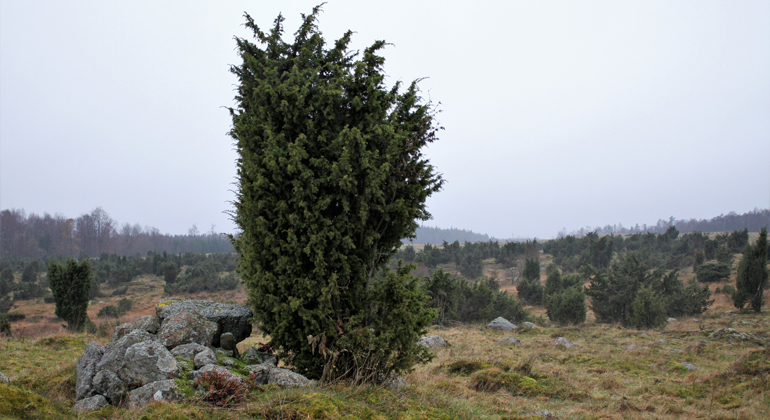 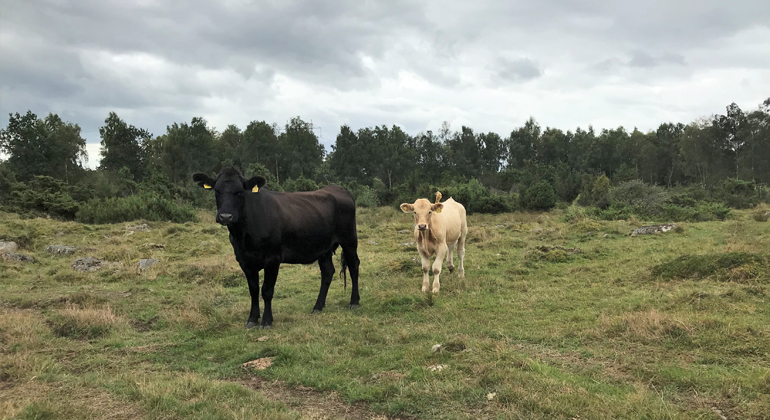 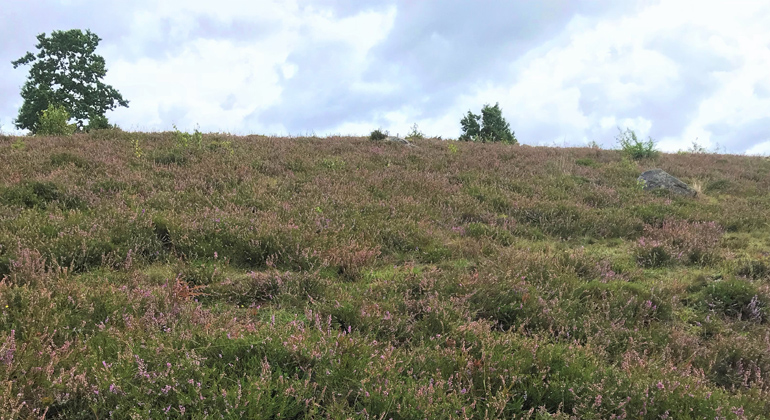 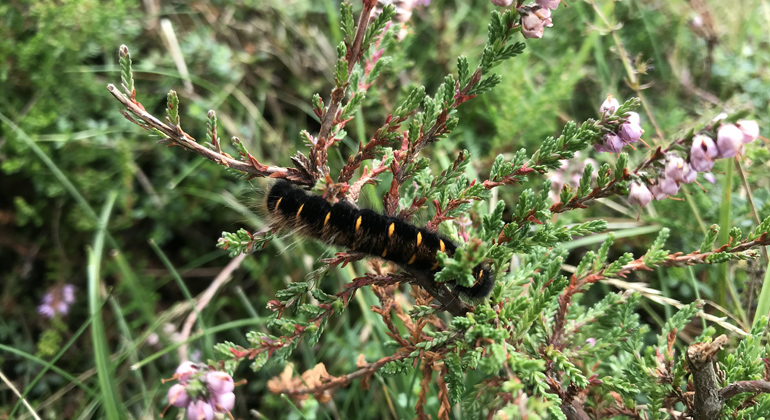 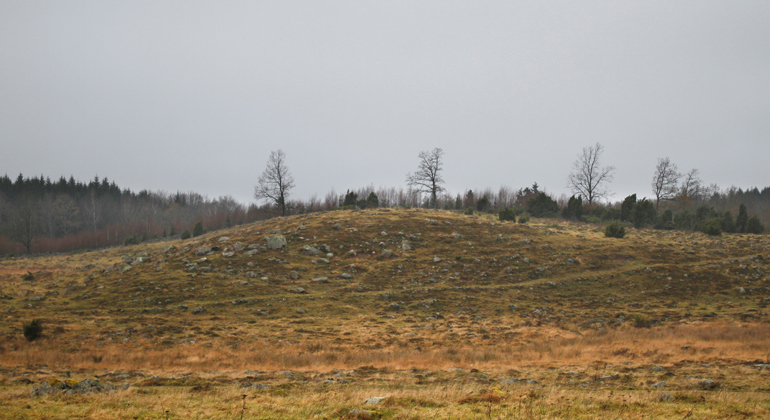 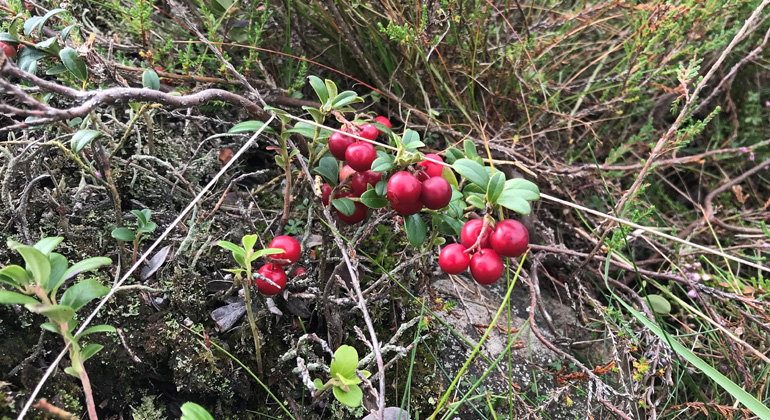 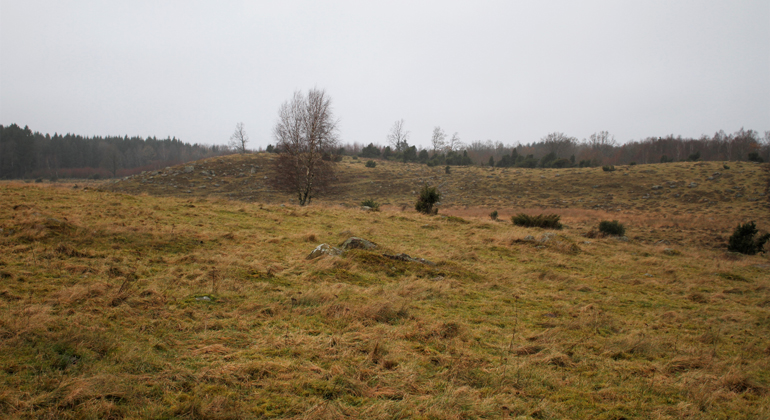 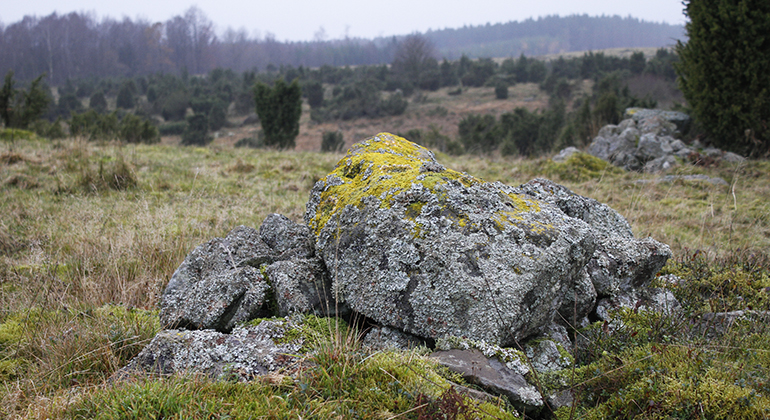 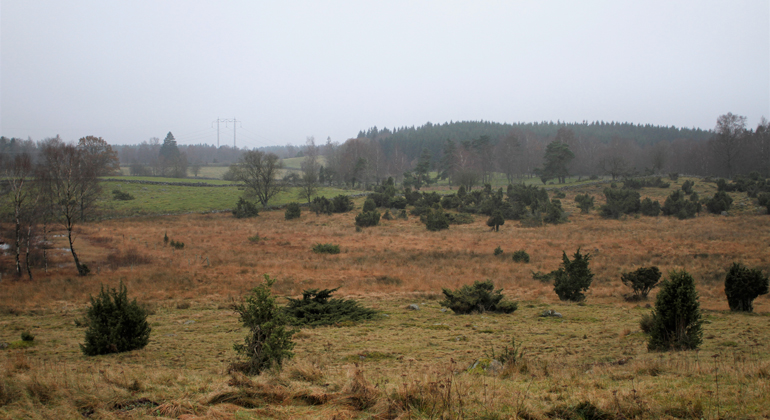 This beautiful heather heath, just outside of Linderöd, is a piece of living cultural history. You can walk on the open heaths that covered large parts of Linderödsåsen in the 18th and 19th centuries. Traditional management through grazing and burning keeps the area open and the vegetation low. When the heather blooms in August the rolling hills are luminescent with various shades of purple.

In the past, heather heath was a common habitat on sandy, gravelly and nutrient-poor ground, but today it is a rare feature of the contemporary landscape. This is the result of the destruction of the forests that took place in the 17th century. Boarps Hed (Boarp Heath) Nature Reserve represents only a quarter of the area covered by heather heath around Boarp at the end of the 18th century. The heaths were used in the past for grazing and the management also involved burning the heather at regular intervals. The ash contributed nutrients to the meagre soils and the heather plants that survived the fire could grow new shoots.

A thin, meagre layer of soil and a field layer dominated by heather and grass lie on top of the bedrock. Flowers such as wolf's bane, harebell, viper's-grass and devil's-bit grow here. Cranberry, bog bilberry and cross-leaved heath thrive in the damp hollows.

The flowering plants, especially the heather, which flowers in August, attract many insects and butterflies. You can also find both bilberries and lingonberries out on the heath.

From the top of the hill Högabjär, 183 metres over sea level, you can look out over the gently undulating landscape with its rolling hills. 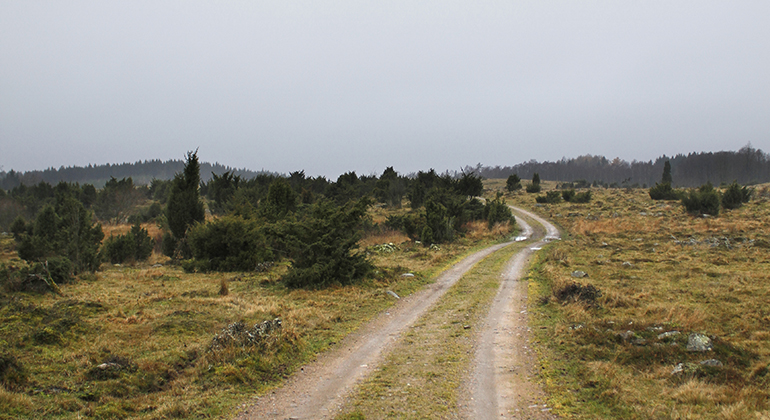