The County Administrative Board of Jonkoping, Sweden, has for a number of years been working decisively with small and medium sized enterprises (SME) in order to improve en-ergy efficiency. Since February 2009 a project has been running with the objective to in-spire mainly manufacturing industries to adopt energy policies and to do energy audits. The project included benchmarking of similar projects in order to identify and avoid common mistakes and obstacles. At the end of 2009, more than 100 SMEs had shown interest in, together with qualified energy consultants, performing individual energy audits. Up until June 2010 over 100 audits had been done of which 85 were performed at manufacturing industries. 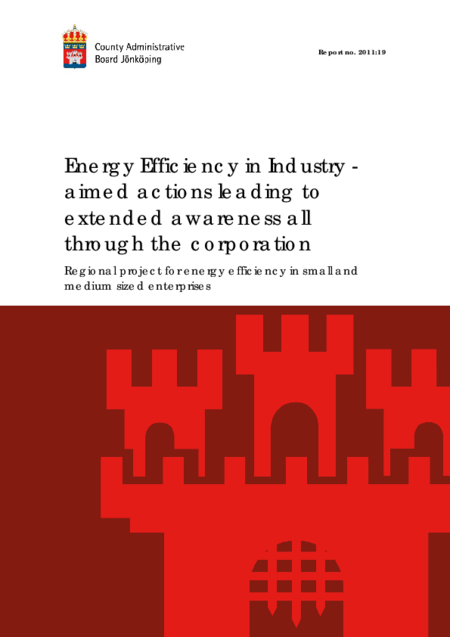