Gotland, with its 80 km long coastline, has a lot to offer anyone interested in sporting and recreational fishing.

If you plan to fish on Gotland, you need to be aware of the applicable rules and regulations. You are personally responsible for checking local rules on for example minimum catch size, catch limits and the use of private waters, as well as off-limit areas such as the mouths of some rivers/streams. Some types of fishing may be prohibited in the entire county of Gotland. There are also areas where access is prohibited during certain seasons or periods of the year, i.e. bird sanctuaries and military training areas.

When fishing with nets, long-lines and fyke-nets a maximum of six tackles is allowed at the same time. Foreigners with permanent resident status in Sweden are regarded as having the same legal status as Swedish citizens in terms of fishing in public waters and according to the free fishing regulations. All foreign citizens have the same rights as Swedish citizens regarding fishing with handheld tackle with a line and hook. Foreign citizens who wish to fish with other types of tackle than handheld tackle, e.g. nets, must obtain special permits.

A person with private fishing rights in coastal waters is permitted to fish with both mobile and fixed gear. Fixed gear includes fixed bottom nets (traditionally used for eel-fishing) and other fishing gear that are fixed on the bottom or on shore and intended to be left for more than two days.

When fishing in private waters along the coast, fishermen, other than those owning private fishing rights, are only permitted to use the following equipment:

Handheld tackle consists of fishing rods, jiggers and similar mobile gear that is equipped with a line containing no more than 10 hooks. Equipment as such must not involve the use of a boat, e.g. trolling, nor still fishing.

A longline may be equipped with a maximum of 100 hooks. Fishing with a long line is only allowed in waters deeper than 20 metres.

Nets and sand-eel seine up to a maximum length of 180 metres are classified as mobile gear, provided they are not intended to be left in anyone place for more than 48 hours (applies also to public waters). The gear restrictions do not apply to the holder of the fishing rights who fish within the terms of their individual permit. Neither does it apply to licensed commercial fishermen.

Please observe that hoop (fyke) nets are not permitted in private waters and therefore recreational fishing with hoop nets is illegal. However, individuals with private fishing rights are permitted to use hoop nets.

Gear used for fishing shall be marked clearly with the owner's or user's contact information. The marking shall be clearly visible without having to lift the gear from the water. No marking is required for handheld rod fishing equipment or equipment which is always on your person.

There are 25 different areas on Gotland (see map on page 8) where fishing is prohibited to protect the breeding sites of sea trout. These areas cover 34 different waterways where no fishing is allowed between October 1 and December 31.

Pike and perch are protected in the coastal waters (up to 4 nautical miles from land) around Gotland during the period March 1 to May 31. Fishing for pike during the rest of the year with handheld tackle (rod) is restricted to a bag limit of three pike per fisherman per day. Fishermen are only allowed to keep catches of pike measuring between 40 and 75 cm.

Whitefish are protected around the entire coast of Gotland during the period November 1 - December 15.

There is a fishing ban in place for flounder around the entire coast of Gotland from February 15 - May 15.

The whole of Gotland County has been decided as a protection area for the noble crayfish,

This means that on Gotland is prohibited to:

Fishing gear, boats, machines and other objects must be desinfected before use in any of Gotland's fresh waters. One of the following methodes must be applied:

Fishing in lakes and streams is not permitted without the consent of the land owner.

If a permit is available for the area in question it is required, otherwise the person who holds the fishing rights for the area can grant permission.

A fishing permit allows the holder to fish in the section of the waterway from the road bridge on road 146 and downstream to the Gothem streams’ mouth. The end reference point is the straight line created between the two headlands of the mouth. This stretch of the stream measures at 1,3 km and fishing is allowed in the area all year round.

A fishing permit for Gothemån/Åminne is available to purchase at: www.fiskekort.se/gotland

Children and youths under the age of 19 are allowed to fish for free by downloading the Junior fishing permit which is available at:
www.fiskekort.se/produkt/arskort-ungdom-sportfiskekortet-gotland/

Lojsta lakes are located on the south of Gotland and it is the association of Lojstaträsk who issues the fishing permits to the four lakes in the Lojsta area in which you may fish.

A boat is available to hire.

Fishing permits can be purchased at any of the following places:

Payment can also be made via Swish to: 073 184 09 22.
Please add your name och type of fishing permit you would like to purchase. Proof of payment is considered enough evidence of having a permit.

External link, opens in new window. (in Swedish only)

Fishing is not allowed in Paviken and in Västergarnsån which runs downstream towards the country road out of Paviken.

The fishing permit for the stream (Västergarnsån) applies to the area between the bridge on the country road and the small foot bridge just before the harbour.
Day pass: 50 kr
Annual pass: 300 kr
Pay with Swish: 123 395 7552. Please add your name och type of fishing permit you would like to purchase. Proof of payment is considered enough evidence of having a permit.

External link. (in Swedish only)

Click the plus sign to expand and se a map showing where in each area there are fishing restrictions during
October 1 - December 31. 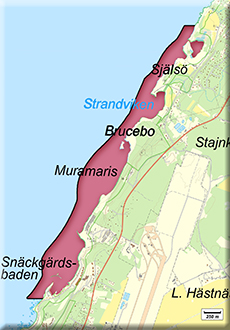 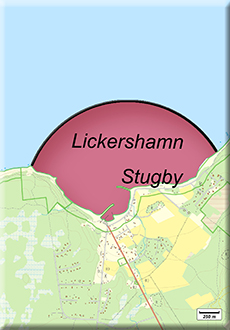 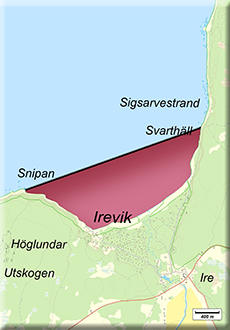 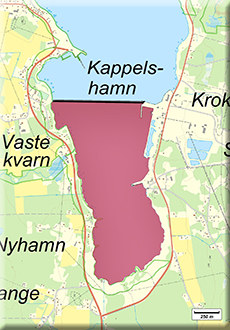 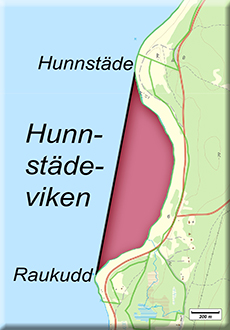 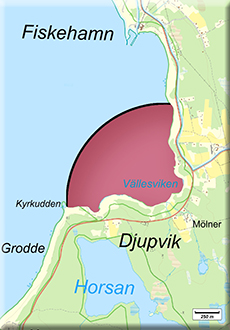 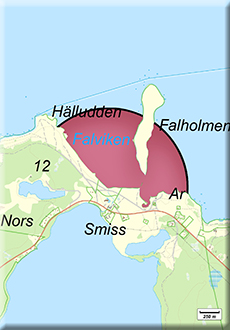 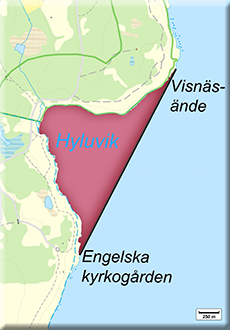 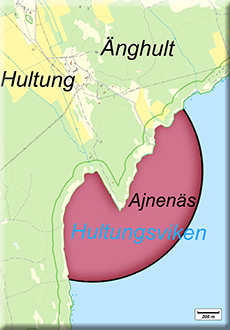 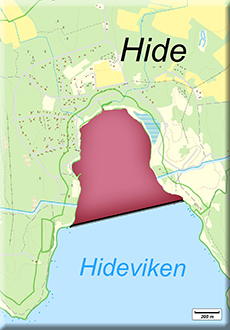 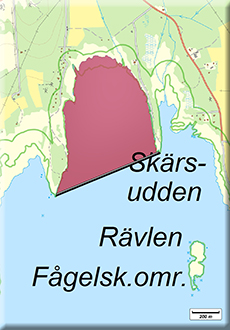 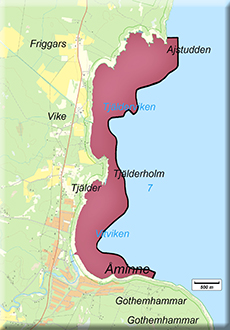 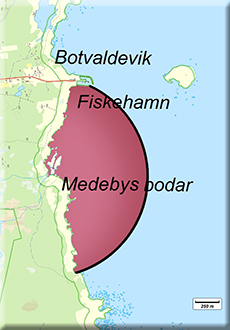 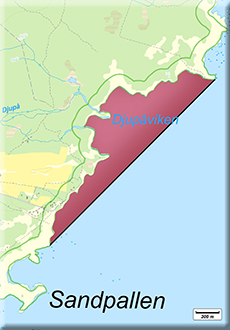 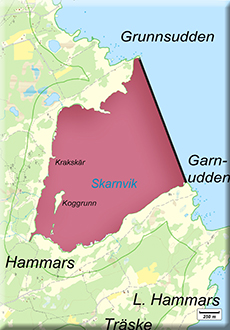 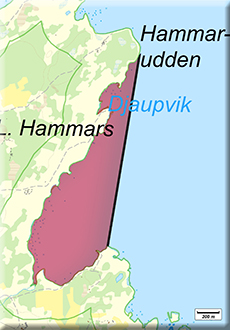 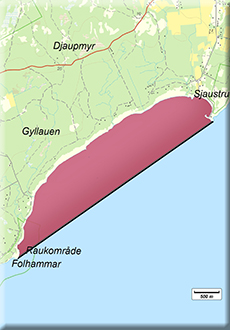 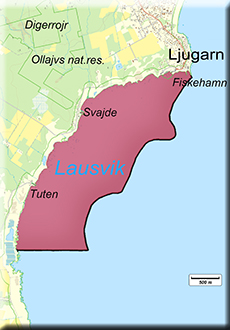 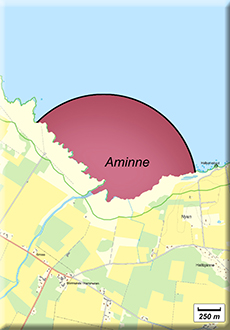 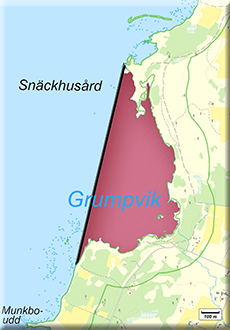 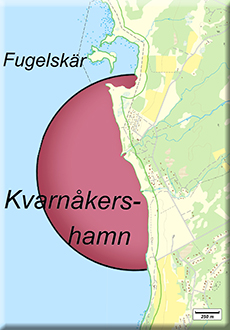 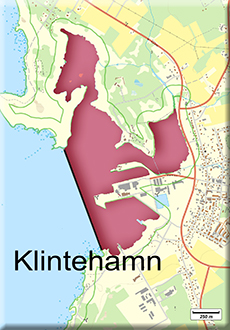 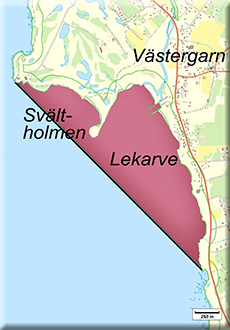 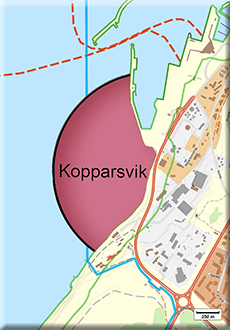