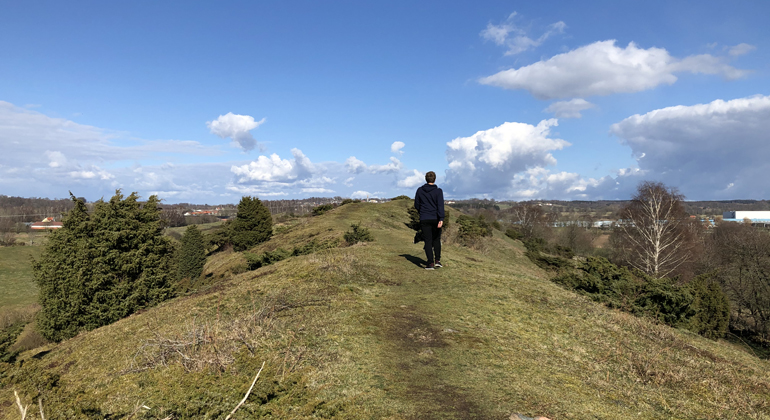 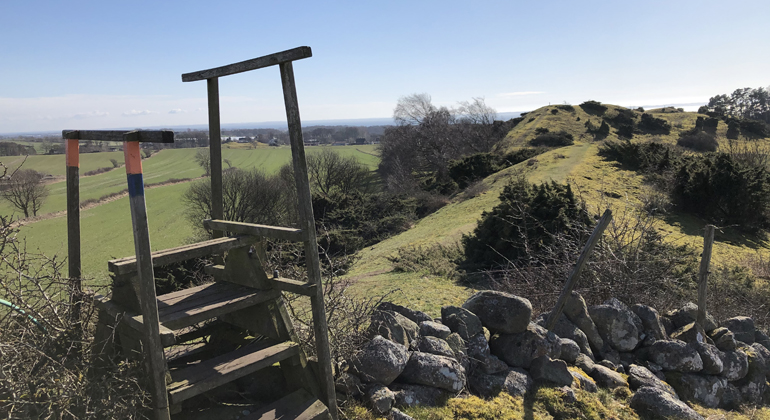 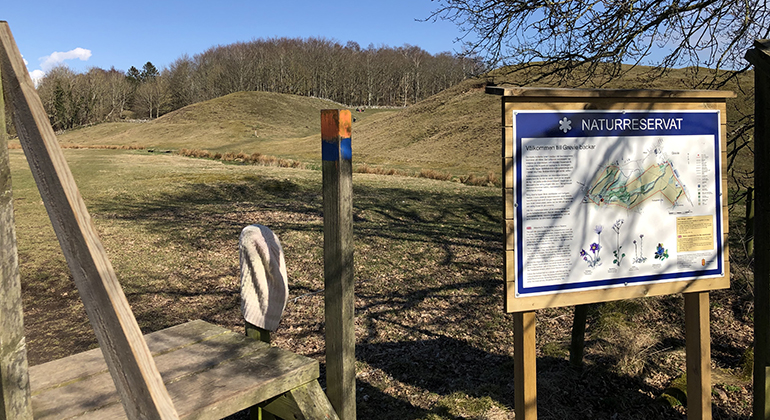 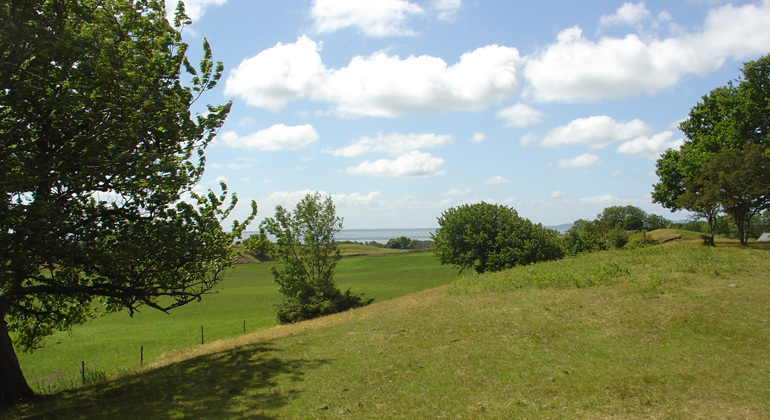 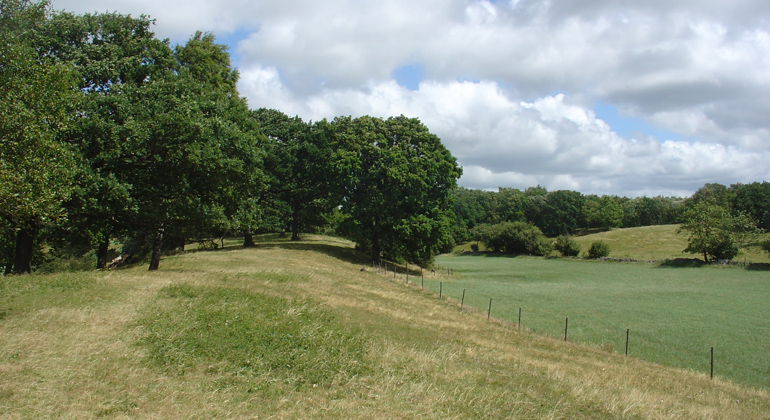 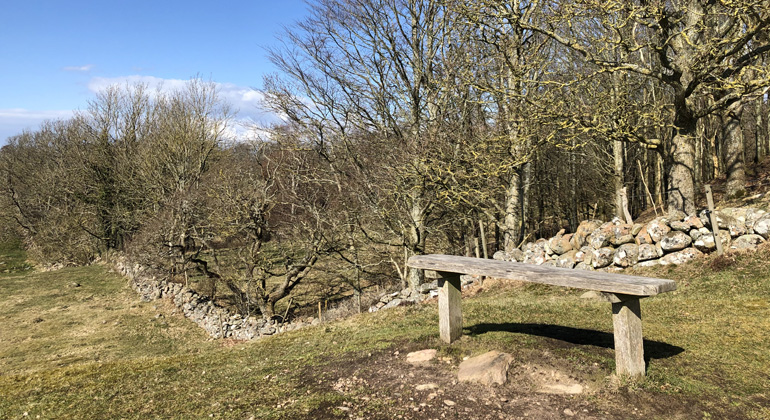 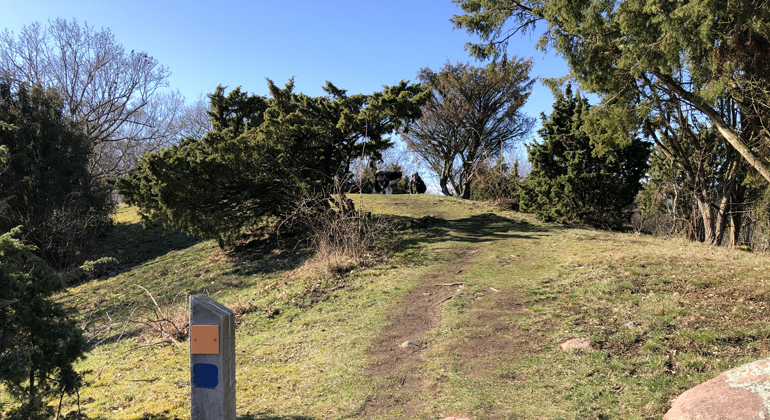 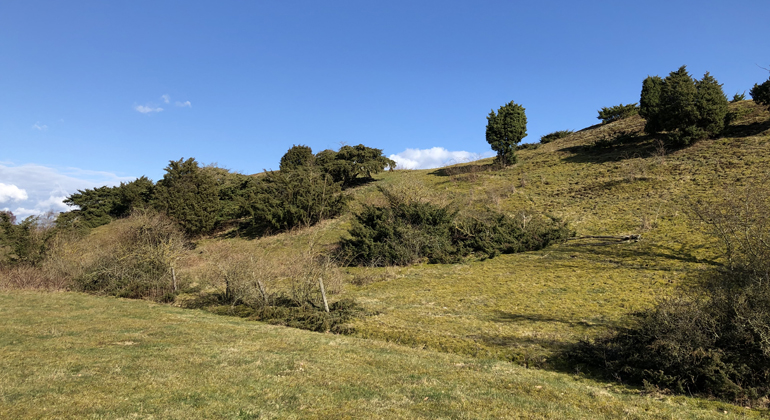 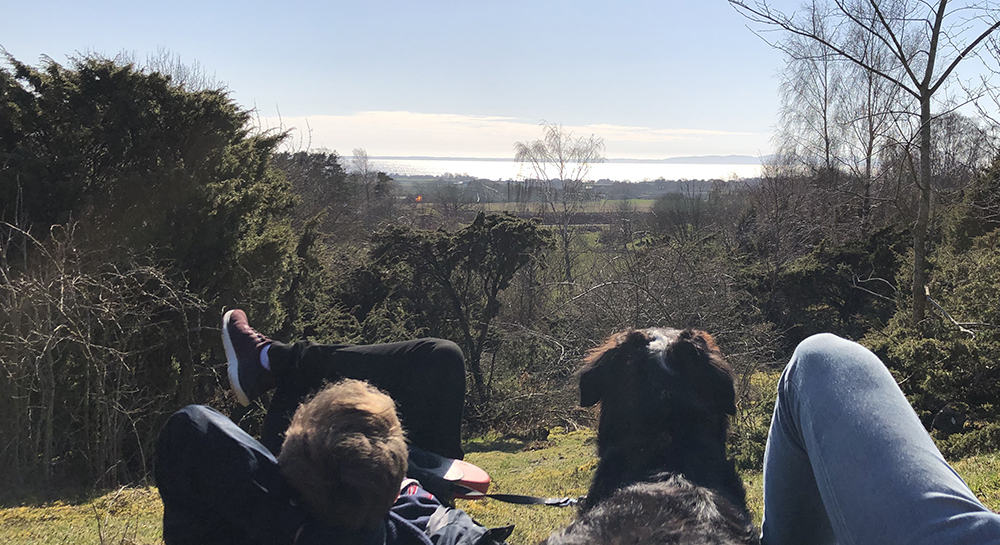 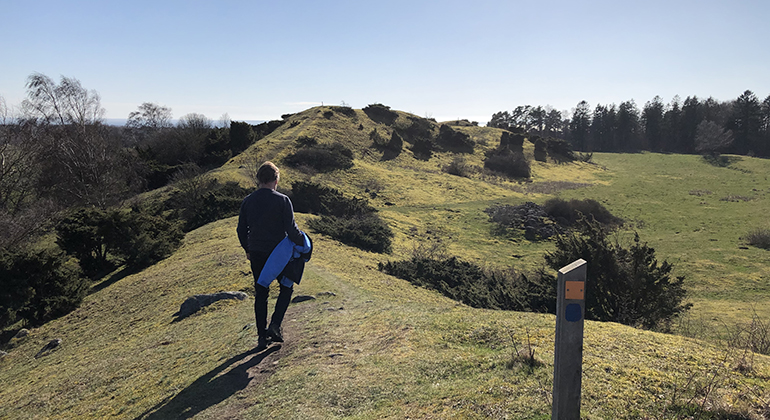 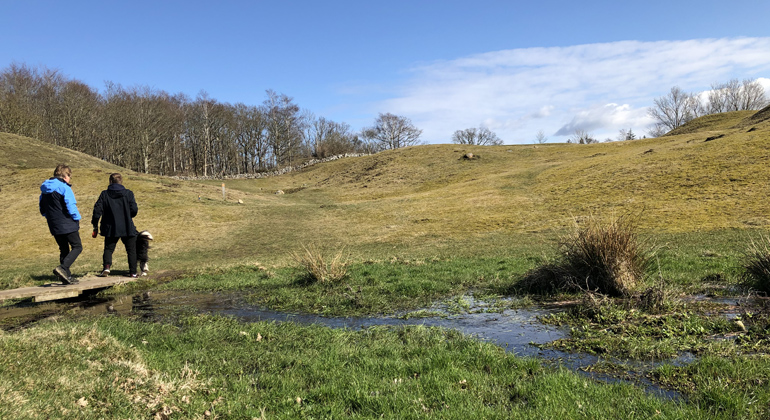 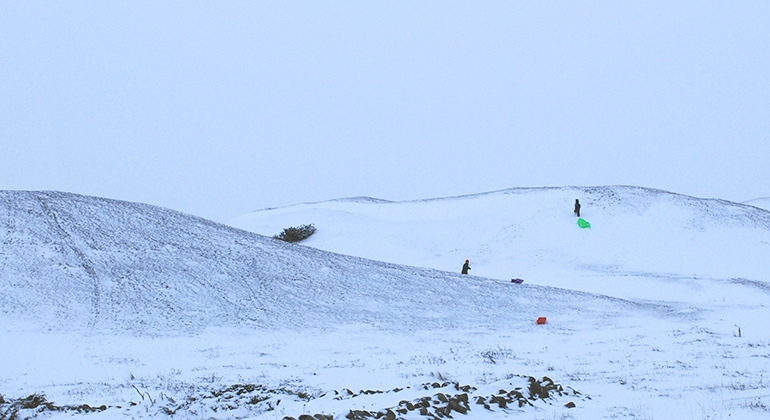 The view from the hills at Grevie, which give their name to the reserve (åsar is Swedish for ridges), is magnificent. At their feet lie the Bjäre Peninsula's cultivated landscape, with the bay of Skälderviken in the background. You can catch a glimpse of Kullaberg across the water. The undulating landscape with its rolling hills invites you to wander or picnic. In spring you can enjoy the thousands of Pasque Flowers that form a purple-dotted carpet on the southern slope.

The grazed ridges, called eskers, lie in a row along the southern slope of Hallandsåsen. They were created as the inland ice sheet melted 14,000 years ago. Eskers consist of gravel that was left behind in the rivers of melt-water when the inland ice sheet retreated. Icebergs were sometimes left behind in the gravel of the melt-waters, when these finally melted, holes – which are called kettles – were formed. Eskers are filled with stones and gravel. Building materials were often collected here. It is said that Grevie Church was built using stones from these hills.

The ridges of the eskers have never been cultivated and thus never fertilised, creating the conditions for a rich flora. Sustained grazing on these dry ridges has created a heather-covered heathland that, on the sunny side, is filled with flowers. Here you can find Catsfoot, wild thyme, Meadow Saxifrage and sticky catchfly. In spring, the hills flourish with the Bjäre Peninsula's largest cluster of Pasque Flowers. On the shadier northern and north-westerly slopes, the heath is more barren. Bilberries, lingonberries and the white-flowered heath bedstraw.

The reserve also contains patches of woodlands with broad-leaved trees and hazel bushes. A stream, Tinabäcken, that flows through the northern part of the reserve is so named because it never freezes in the winter (tina is Swedish for thaw). 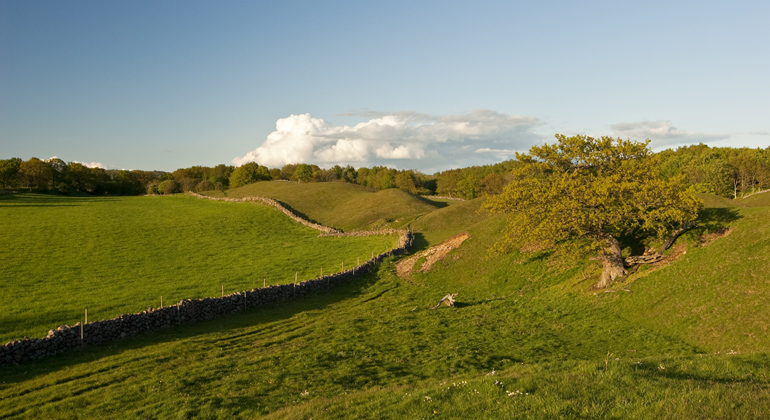 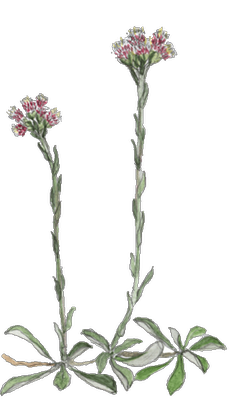