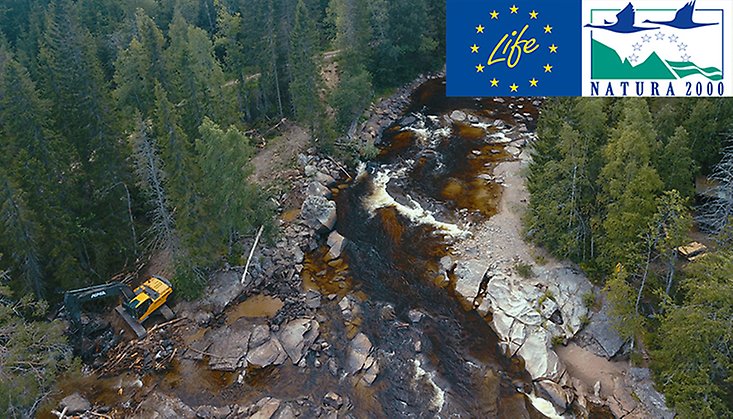 Forestry has, and still is, a major industry in the northern part of Sweden. Before there were roads and trucks to transport the timber, streams were used for transportation from the forest-rich inlands to the sawmill industries at the coast.

To facilitate the timber floating, the watercourses were straightened and cleaned of boulders and rocks. Consequently, habitats and environments for the aquatic species like fish and mussels were eradicated.

Now, when the timber floating is now longer conducted, we have to restore the streams and the habitats. To put back boulders, re-open side-channels and broaden the streams we mainly use excavators.

The project time is 2016- 2022 and the project contributes to achieve the goals in EU: s Water Framework Directive.